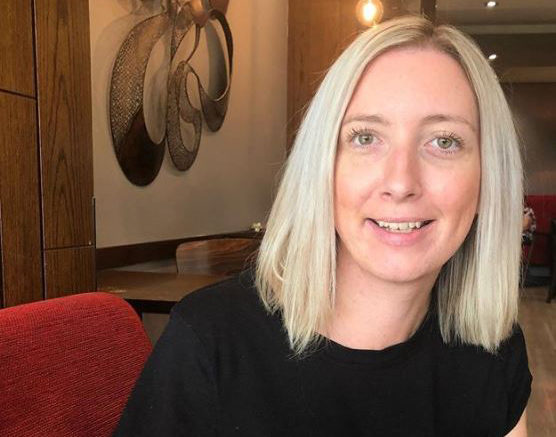 While the Coast’s consciousness has been dominated by the coronavirus, one local woman is reminding residents about the importance of getting vaccinated against other deadly diseases.

Sarah Joyce was 30 when she was struck down with Meningococcal W Strain and septicaemia, in August, 2016.

What started as flu like symptoms ended with a trip to the ER, where Sarah manifested the tell-tale purple rash that the disease is known for.

Within hours, she was placed in an induced coma and put on life support, with her family told to say their goodbyes.

Miraculously, Sarah survived an eight day stint on life support, awaking from her coma, only to spend the next two months in intensive care fighting multiple organ failure.

Sarah pulled through, but her road to recovery has been marred with multiple battles.

In the past four years, she’s spent more time in hospital than at home.

She’s lost her spleen, gall bladder, fingers and toes, and most of her bowel.

She relies on dialysis due to kidney failure, and has had more near death experiences than anyone should ever have to endure, all because of meningococcal.

But Sarah is a fighter and is using her own experience battling the disease to raise awareness about the importance of getting vaccinated.

Her advocacy has seen her join forces with groups like Heroic Humans Australia, Donate Life and CoMo (Confederation of Meningitis Organisations International), and she’s launched her passion project, The Sarah Joyce Project.

With the support of her fellow Lions Club of Wyoming-East Gosford members, Sarah has launched the project to specifically help other locals whose lives have been turned upside down by an unexpected illness.

That includes meningitis, another insidious disease with close ties to meningococcal.

Sarah hopes that people who haven’t been vaccinated against meningococcal and meningitis consider getting it done this flu season.

“The most effective method of prevention is vaccination and multiple vaccines are needed against the different types.

“As you are going to get your flu vaccine, ask about the meningitis meningococcal vaccines.

“It’s alarming that a lot of people are not fully protected,” Sarah said.

Father Rod Bower on being “Outspoken”