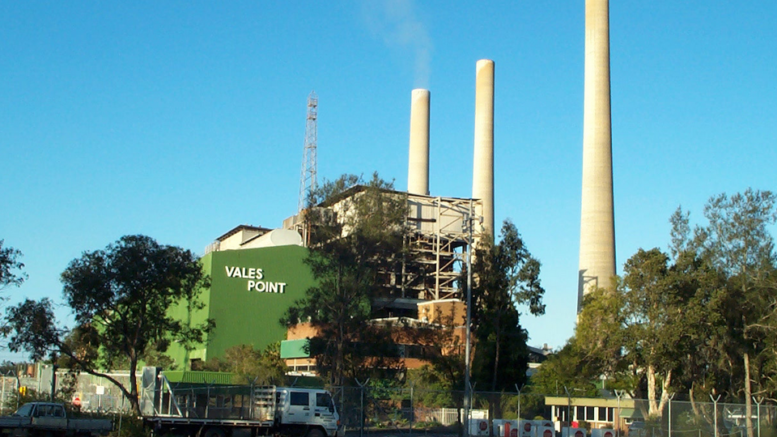 [Vales Point] A coalition of health, environment and community groups has made a legal complaint to NSW Environment Protection Authority (EPA) calling for an investigation into pollution from Vales Point Power Station, operated by Delta Electricity.

Environmental Justice Australia (EJA), acting on behalf of the coalition, wants the EPA to investigate alleged breaches of the law by Delta Electricity, after the power station reported huge increases in dangerous pollution, despite producing less electricity.

An EPA spokesperson said it had received a complaint from EJA alleging that the operators of Vales Point Power Station had failed to comply with a range of conditions in their environment protection licence and is investigating the allegations.

“The EPA has a comprehensive and robust framework for regulating power stations in NSW and will take decisive action in response to any licensee who does not adhere to the strict requirements in place to safeguard the community and the environment,” the spokesperson said.

Delta Electricity has strongly rejected claims by EJA and other activist groups, labelling them as factually incorrect and deliberately misleading.

Company Secretary, Steve Gurney, said Delta welcomed any investigation by the EPA into these claims.

“EJA is a Victorian based environment group with an anti-coal platform which wants to shut down coal-fired generators now,” he said.

“This would see the lights go out, cost industry jobs and decimate the NSW economy.

“Power stations are licensed and highly regulated with significant oversight by the EPA.

“Vales Point power station operates in accordance with these strict environmental licence conditions and Delta takes seriously its duty of care to the local community and environment.

“Once again, we see activist groups seeking to create community fear based on selective and misrepresented data,” Gurney said.

“This another example of anti-power station activists seeking headlines in the media rather than engaging constructively in the scientifically rigorous review process,” he said.

“These results bounce around from year to year because of the annualisation of three to four days of testing data.

“If you then take this three to four days of data and annualise it, you accentuate what was a small difference.

“As part of a review of Delta’s Environmental Licence, this type of monitoring is being moved to a quarterly basis, rather than annual, which should result in more consistent data.”

Gurney said the results of the stack emissions for 2018-19 were within the normal operating range for the plant and were well within compliance limits.

“Delta is confident that any investigation will demonstrate that Delta is operating within these strict conditions,” he said.

“(As reported in the Chronicle, April 22) Delta claims that a number of bag filters, the pollution controls for particle pollution, were discovered to be operating ineffectively during testing in March/April for NPI reporting,” he said.

“The statement claims that the company also employs continuous monitoring for particle pollution but does not offer an explanation for why this did not pick up the huge increases in particle pollution or address how long the bag filters were operating ineffectively.

“If Delta Electricity was monitoring Vales Point’s emissions of PM2.5 continuously as they claim, then we expect that the failure of the fabric filters would have been apparent before the March/April testing required for the NPI.

“The alternative is that Delta Electricity was aware that the fabric filters were failing before the testing was undertaken in March and April 2019 but they failed to act.