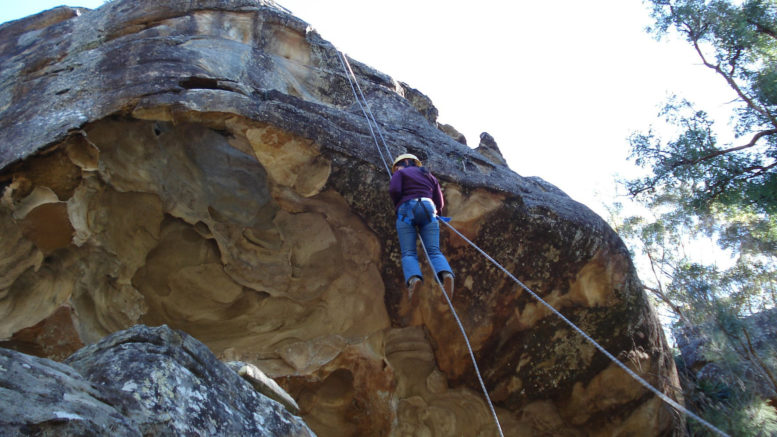 Glenworth Valley Outdoor Adventures has gained backing from Central Coast Council to continue a long process to allow additional uses on its property.

Proprietor Barton Lawler said the primary purpose of the process was to include into the Local Environment Plan that applied to the site a number of existing activities that had already been approved by council and were already occurring as permitted uses.

“These existing uses are not permitted in the current controls that apply to our site,” he said.

These included eco-tourist and recreation facilities, camping grounds and other types of accommodation and a function centre.

Council will now request a Gateway Determination from the State Government and delegation powers to finalise and make the draft Local Environmental Plan changes.

As part of the process, the council will undertake community and public authority consultation.

Councillors asked why the business could not continue to expand with existing rights usage.

The report to council explained that reliance on existing use rights was not straightforward as it came down to a legal interpretation of legislation relating to each proposed development.

The regulation states that an existing use “must not be changed unless the change involves only alterations or additions that are minor in nature,” and “does not involve a significant intensification of the existing use”.

The report said it would be far more efficient for the owner and council staff to have a list of additional uses permitted on the site.

Council said that as a result of changes to local planning instruments over many years, the existing horse riding school, which has been operating on the site since it was approved in 1969, was no longer permissible within zoning which applied to the land under the Gosford Local Environmental Plan.

Until 2006 development consent could be granted for other uses not permitted in the zoning and music festivals, paintball and quad biking were all approved.

In 2013, the business began the process for approval to provide certainty for the continuation of these existing uses and to provide opportunities for additional recreation and tourist related developments in the future.

Council noted the significant economic benefits (both direct and indirect) that the Glenworth Valley tourist development contributes to the regional economy and synergies with other businesses and tourist facilities’.