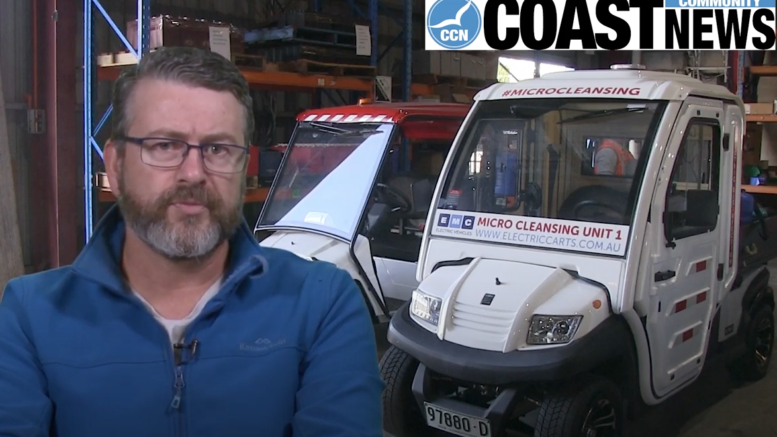 [May 6, 2020] That was Scott Morrison foreshadowing plans to re-open the Australian economy. I’m Ross Barry and this is a Coast Community News Covid19 update, Wednesday, May 6.

Well as you just saw, the majority of NSW businesses could be up and running by July after the National Cabinet agreed this week on protocols to govern the restart of economic activity.

It’s expected that the National Cabinet on Friday will agree to a staged approach to lifting restrictions, to be implemented independently by each State, based on a set of industry level rules.

We understand Safe Work Australia will preside over monitoring health impacts in what will undoubtedly be a complex process.

Cafes and restaurants and other retail and hospitality businesses are expected to be among the first sectors to reopen their doors.

The announcement follows a week in which many States have recorded no new COVID-19 infections.

As of 8pm Tuesday, NSW reported 9 new cases in the prior 24 hours bringing the total number of confirmed cases in the State to 3,042.

On the Central Coast, that number has been steady now for over a week at 117, almost all of whom have now recovered.

The Federal Government’s JobKeeper program is in the spotlight this week, with the first payments due to start flowing to businesses today.

The government reported that some 850,000 businesses signed up for JobKeeper covering 4.7 million employees.

But these numbers are significantly lower than those originally predicted by the Government and several media reports have suggested this is due to obstacles to many businesses qualifying either because they have not had the cash to pay workers up front, or because of difficulties engaging with the ATO.

Federal Member for Robertson, Lucy Wicks responded earlier today that “The Federal Government recognises that a number of businesses need to access bridging finance to pay their employees the $1,500 fortnightly payment before receiving the payments in arrears from the ATO. Because of this, the ATO has extended the deadline to pay employees to May 8.

Now, to see how more of the Central Coast’s local businesses are adapting to the crisis, let’s go now to David Abrahams.

Thanks Ross. While business is down across most sectors some local companies are returning to their manufacturing roots in an effort to keep the doors open and their people employed.

We caught up with Anthony Zibara of Zibara Clothing at Erina early today about their endeavours to produce items that can help the cause.

We also paid a visit to electric vehicle manufacturer EMC at West Gosford where General Manager Blake Shields showed us over the facilities.

The payment, to all Commonwealth funded residential aged care providers, will be linked to the number of residents being cared for by each facility and aims to cover the costs of additional measures to caring for residents during the pandemic, including increased demand in staffing, training, and the provision of personal protective equipment.

Federal Member for Robertson, Lucy Wicks said Senior Australians are considered highly vulnerable when it comes to the Coronavirus.

The Central Coast Commuters Association is backing calls from the State Opposition for the enforcement of more social distancing and hygiene measures on our trains, with hundreds more commuters set to return to the rail network as coronavirus social restrictions continue to ease.

Association Vice President, Eddie Ellis, said hand sanitisers at the entrance to all Coast railway stations would be “a good start”, as would be fast tracking of the full delivery of the 55 New Intercity Fleet trains now being trialled.

Ellis said that with overcrowding on the trains set to ramp up as more Coast residents return to the workforce, extra measures need to be taken now.

And finally, we close this week with a moving, artistic offering about living in a COVID-19 world called “I’ll Keep My Bluetooth on for you” by Sammy J.