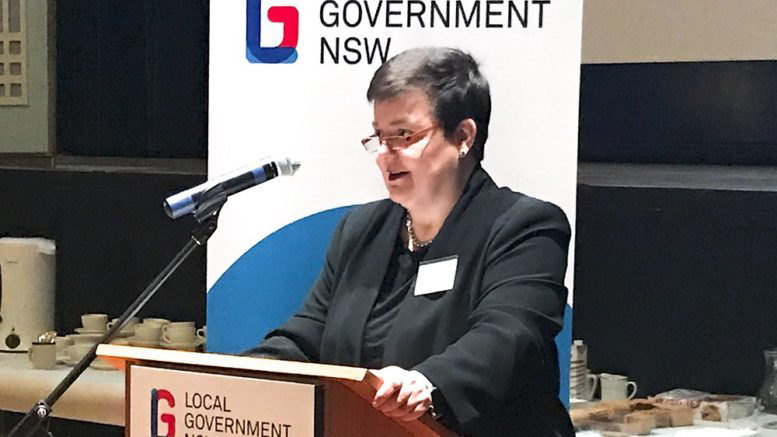 Central Coast councillors will vote on Monday, May 11, on a State Government directive to implement a local planning panel (LPP) to decide on development applications.

The planning panel will rule on development types which are contentious or contravene development standards by more than 10 per cent, developments of more than three storeys, and sensitive applications.

Smaller applications will be dealt with by council staff with delegated authority, so councillors will no longer decide on any development applications, given that the State Government had already taken away their power to decide regionally or State-significant developments.

“This is a free kick for developers and a means to silence our residents and councillors who represent the voices of the community,” Cr Gillian Hogan said.

Cr Hogan said the local planning policy shifted the powers of councillors to make local decisions on behalf of residents into the hands of a ‘selected’ panel”.

“Council had the opportunity to ‘opt in’ and we did not, and so now, the state has intervened through a regulatory amendment which has in effect directed Council to establish Local Planning Panels,”’ she said.

“In general, controversial DAs are brought to the chamber for determination for reasons highlighted by the community, for example, traffic and parking issues, amenity of a development and compliance issues.

“The LPP structure does not allow a public voice nor residents to strongly lobby against a proposed development like we see in the Chamber.”

Councillors must decide to constitute the planning panel and appoint the panel members, or risk the Minister for Planning doing it for them.

Council selected the six experts from a pool of 220 approved candidates provided by the Department of Planning Industry & Environment.

The local community representatives were selected after expressions of interest were advertised locally.

Cr Bruce McLachlan however said that, while he would have liked councillors to have retained some autonomy and input over the DA process, he could understand the NSW Government’s frustrations and welcomed the removal of party politics from major DA applications in local government.

“Too many major employment projects, like the Central Coast Regional Airport Masterplan, have been trashed by councillors playing to their political party line interests, ignoring community and economic benefits, and ultimately forcing the NSW Government to finally step in,” he said.

“The reality is that the majority of councillors are not trained town planners.

“The appointment of expert planning panels, trained in legal and planning matters, will remove some of this divisive, economically destructive, blatant political bastardisation.

“Even before COVID 19 impacts, the politically motivated economic drag that local councillors were inflicting on their communities needed publicly calling out.

“Now more than ever, we need an efficient, non political planning system to help stimulate the economy.”

All councillors were asked to comment, but only the two quoted had replied within two days of the request being sent.

Local Town Planning consultant, Chris Smith, who is a board member of Regional Development Australia and Deputy Chair of the local chapter of Urban Development Institute Australia (UDIA), said he supported the introduction of Local Planning Panels.

He said it took away one of the criticisms often cited at councillors for “looking after their mates” when it came to the development process.

“Panels comprise experienced and qualified industry professionals, with memberships of the existing 34 Sydney Panels including former Land and Environment Court commissioners, Council CEO’s and other executive officials,’’ he said.

“The Council will still receive the DA, will still notify proposals, and assess according to relevant codes and policies.

‘’Despite some fear and misunderstanding within the community, the LPP guidelines provide opportunity for continued community engagement.

‘’Reports and decisions are transparent and avenues remain for complaints and appeals if sections of the community remain unsatisfied.

“‘It may seem like the community is missing out, but this is not the case.

“Industry urges Councillors to support this new process, which supports independent and evidence based decision making”.

The report to councillors said staff estimated that the cost burden to council for the operation of the panel was in the order of $400,000 per annum.

Walk-in clinic for those aged 12 and over