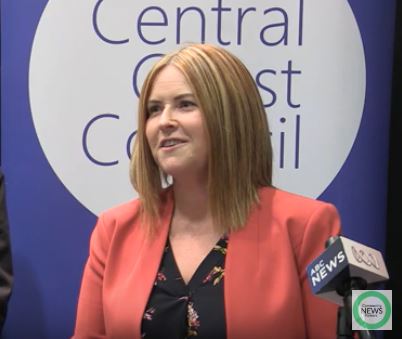 Central Coast Council mayor Cr Lisa Matthews has called on the NSW Government to deliver more financial support to enable Council to continue to operate effectively and to provide essential services during the Covid-19 pandemic.

Cr Matthews said she acknowledged the local government stimulus package announced by the NSW Government on April 27 but said it did not not go far enough to help regional communities such as the Central Coast.

“Central Coast Council, along with our other regional counterparts, continue to struggle with the financial impacts of the coronavirus.

“For our Central Coast community, this has been compounded by the recent bushfires and floods experienced,” Mayor Matthews said.

“We are grateful that the State Government has listened to local Councils’ campaigning and provided a number of financial relief measures including access to a Council Job Retention Allowance, freezing increases in the Emergency Services Levy and potential to apply for low-cost loans to fund infrastructure projects.”

“But there is much more that they can do to let Council get on with it and help their communities,” said Cr Matthews.

The Council sent to the State Government on April 14 with a list of suggestions for helping the council which faced increased costs and at the same was experiencing declining revenue as more and more ratepayers are forced into financial hardship.

The letter sought additional assistance from the State Government including retaining significant development developer contributions and support for the cost of conducting Local Planning Panels; increasing financial assistance grants payments; allowing Council to retain the waste levy; pensioner rebates to be paid back to Council, and a change in current policy with regard to restricted fund and infrastructure spending.

“The situation of Covid-19 is evolving daily and we are unfortunately seeing impacts on our community escalating,” Cr Matthews said.

“Local government works at the grassroots level and sees firsthand the massive impacts on families, young people, small businesses and our local economy as they navigate this new world.

“It is critical that Central Coast Council receives adequate funding and resources to coordinate and deliver services as we navigate through, and recover from, natural disasters and the new challenges presented by Covid-19.”

The letter asked that the council be allowed to keep the waste levy it has to pay the State, a saving of $28 million per year.

Council asked the State Government to pick up the entire cost of the discount council gives pensioners on their rates.

At present, the State Government reimburses about 55 per cent of that cost.

Council also asked for a bigger slice of the Significant Development developer contributions.

The councillors discussed the letter at their April 27 meeting which was held after the State Government had announced a $395M support package.

The councillors voted unanimously to endorse the letter.

Cr Matthews said NSW was the only state in which pensioner rebates were not fully funded by the State Government and it cost Central Coast about $4.4 million per year.

She said that hundreds of thousands of dollars in fees were being paid to the State Government for large developments despite council staff still doing at least 50 per cent of the development assessment.

She said council was seeking a fair share – 50 per cent of the fees – paid to date and payable into the future.

The letter also asked for support for the cost of conducting the new State-mandated local planning panels.

Cr Matthews estimated these panels would cost about $400,000 per year and this was an additional cost to the council.

She called on the government to recognise this as cost shifting and to provide support.

She warned that the longer the impact of the coronavirus the more likely there would be an impact on staff, including redeployments, forced leave and potentially leave without pay.

At the moment council was providing about 70 percent of services without disruption.

“We have already had to stand down many of our casual staff, albeit with four weeks’ pay based upon the standard roster,” Cr Matthews said.

“Soon we could start to see impacts upon the mental health of our staff.

“In some areas such as childcare, there are some understandable concerns among our staff about their own safety and the safety of their families.”