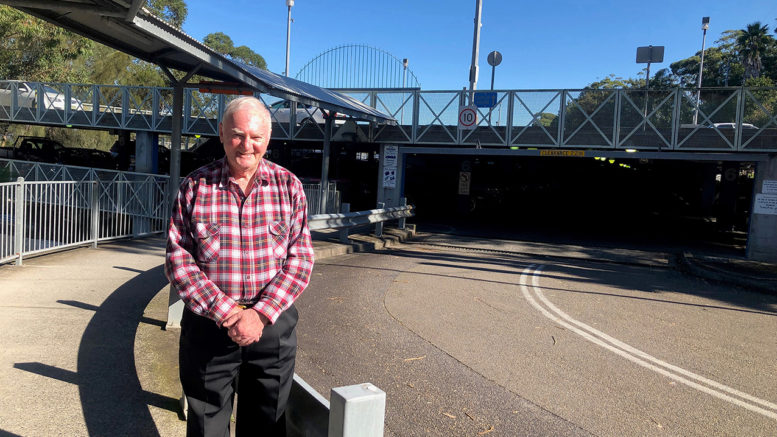 [Gosford] Central Coast Commuters Association says the region’s commuters have been “dudded” by recommendations in a major parking study set to go up for public exhibition following consideration at the Central Coast Council meeting on May 25.

But Commuters Association vice president, Eddie Ellis, says the plan is more concerned with replacing parking spots which will be lost when the former Kibbleplex site, which is used by CBD patrons and not commuters, is redeveloped.

It ignores the most obvious solution to commuter parking shortfalls, which is to add more levels to the existing commuter carpark adjacent to Gosford railway station, he said.

Ellis told councillors via submission that $30M was pledged by the Federal Government prior to the last election specifically to upgrade commuter car parking.

“It was not for other parking needs of Council,” he said.

“The greatest benefit to the commuters and the community of this funding would be to add extra levels to the current commuter car park at Gosford station in Showground Rd.”

Ellis said the association was “bitterly disappointed” that the Council was instead focussing on the three other options, none of which would be “of any use to commuters”.

He said commuters were unlikely to utilise a proposed Park ‘n’ Ride shuttlebus service from outlying carparks to the station, with similar schemes having been abandoned in the past.

Ellis said any outlying carparks should be funded with the $14M Council reportedly retained from the sale of the former Kibbleplex site in Donnison St, with the $30M in Federal funding reserved for upgrades to the existing commuter carpark.

“This current commuter car park in Showground Rd, now at street level, is able to have approximately nine extra levels added to the building, within Council zoning, like nearby buildings,” he said.

“This would ultimately accommodate approximately 1800 car parking spaces over time.

“Even the one level addition would be of some help (but) we believe more levels could and should be added.

“We would like to see the current car parking station reinforced to take the maximum number of levels permitted.”

Once reinforced, two more levels could be immediately added, with extra levels to be added in the future, he said.

He said an expanded carpark would also be utilised by Central Coast Stadium patrons and by the general public on special occasions such New Year’s Eve and Anzac Day.

While Council does not own the car park site it could and should mediate with owner Transport for NSW, he said.

He said the association was “extremely disappointed” that Transport for NSW had shown no willingness to help increase the commuter car parking in Gosford.

“Transport for NSW also owns a car park in Mann St, directly opposite Gosford Station, which currently has 86 car spaces provided at ground level,” he said.

This carpark could also be expanded, he said.

Mayor, Lisa Matthews, said parking issues continue to be an issue of concern for the entire community.

“We know that people want reliable access to parking, and the eventual implementation of this strategy will address commuter parking, drop-off zones, access and movement around transportable hubs to support and increase use of public transport.”