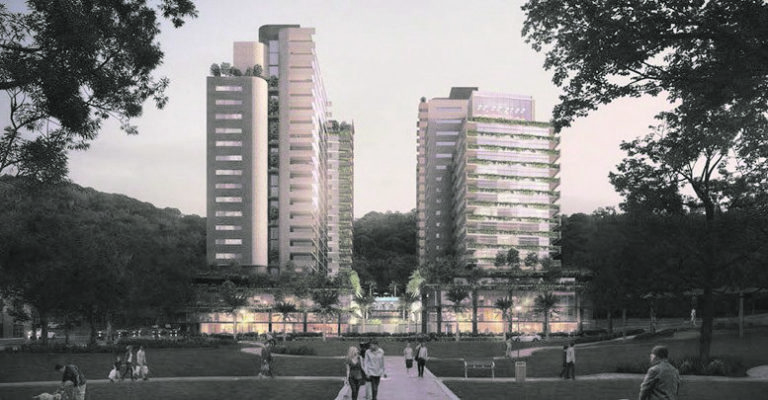 [Forum] With all the grandiose projects being announced for Gosford centre, there seems to be very little marketability information being provided to underpin these ambitious plans.

For anyone who works on the Central Coast, or works from home, or is retired, it is easy to see that a high rise apartment at Avoca Beach could be a very attractive proposition.

However, why would anyone in that position want to gaze down on the excrescences of the Finance Office, the Tax Office and the Gosford Stadium, with no compensating benefit to be gained.

They can afford to live near the beach or on the lake, or in a bushland setting, or near the Erina complex, as taste dictates, without having to deal with the annoyances of the Gosford centre.

If the Tax Office and Finance Office sites had been developed with residential towers overlooking the water and park, the situation would be different, but short-sightedness has prevailed in this matter, as it so frequently does on the Central Coast.

Therefore, this target population does not seem likely to be interested.

If the target population is Sydney workers, the first obstacle is the four hour a day commute to and from the city.

There are closer in locations, such as Parramatta, from where the daily journey is significantly shorter, so any high rise units in Gosford will have to be much, much cheaper to offset the disadvantage of remoteness.

Can Gosford prices really be brought down to the competitive level where large numbers of people will be attracted to make the choice?

The probability of this seems slight, given that building costs for these kinds of buildings don’t vary much with location.

Of course, the journey to Sydney could be speeded up, but it would require many billions of dollars in track and signal improvement to bring about, and the policy of the present Government is obviously to concentrate these infrastructure improvements in Sydney.

The reason for this is that the demand for these transport improvements is already there, whereas investment outside the metropolitan area could only be justified by expectation of future demand.

With no existing demand, there is no incentive for improvements, and without improvements there is no reason to suppose that demand will increase to justify the costs; it is a chicken and egg situation.

It is also worth mentioning that, for commuters, a walk to the station from such as the Kibbleplex site in winter is not a particularly comfortable option.

To be optimally convenient, buildings would need to be clustered in the Mann St area, close to the station or on the western side of the railway line.

However, as long as the policy is haphazard reliance on private developer initiatives as the method of development, there can be no integrated strategy to bring about liveable conditions for anybody who does want to live in Gosford centre.

Since the Council is required to present a Strategic Planning Statement by 1 July (“Minister threatens Council with performance review”, Peninsula News edition 493), it will be interesting to see what is provided to guide Gosford centre development, beyond the usual platitudes and meaningless banalities with which we are familiar.

Incidentally, if the Minister does order a performance review, pity the poor wretch who has to undertake it: where will they find enough performance to review?