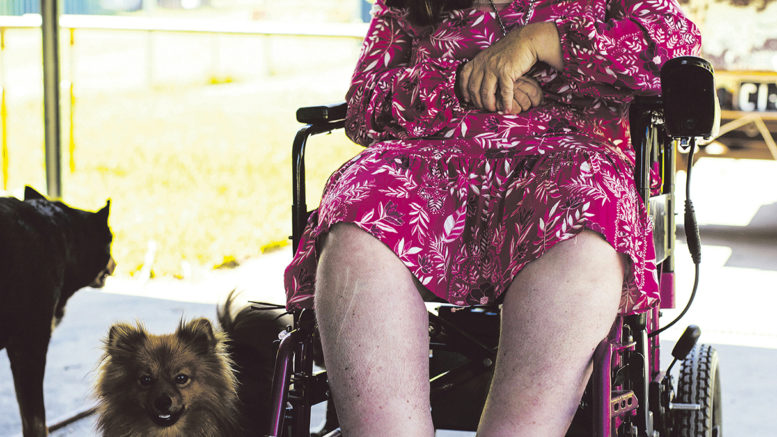 With the temporary closure of San Remo’s Camp Breakaway, clients of the disability respite camp have expressed how much the service has meant to them.

In Wyong Regional Chronicle edition 187, it was reported that Camp Breakaway had closed its doors amidst the coronavirus pandemic and was now facing an uncertain few months ahead due to mounting financial pressures.

Wendoree Park resident, Sonia Thomas, has been regularly attending Camp Breakaway for the past 25 years, and according to her father, Wayne Thomas, their family couldn’t imagine life without it.

“For the disabled community, Breakaway is akin to Christmas for children.

“It’s something to get excited about.

“Sonia has gotten to experience so much since she started going to camp.

Over the years, Sonia has come into her own as a fully fledged camper.

Staff love her and she’s become a mentor to some of the younger campers, and can always be counted on to think up a fun game to play, a song to sing or just to have a chat.

Wayne said his daughter was devastated that Breakaway had closed and believes more should be done to help the charity recover financially.

“I do think Camp Breakaway should be eligible for some sort of government assistance.

“The work they do is invaluable, and they absolutely should not be discarded.

“The National Disability Insurance Scheme is a wonderful initiative and surely the Federal Government can do something to help,” Wayne said.

Breakaway is expected to make further announcements about its status in June.

Wayne said any announcement other than it reopening would be a blow to all families like his.

“It’s almost impossible to put into words how much Breakaway means to people like Sonia,” Wayne said.

Wayne also believes that family members of campers get just as much out of a stay at Camp Breakaway.

“Seeing staff and volunteers put their heart and soul into everything they do to support disabled people really is so affirming that there’s still good in people.

“We’ve been through some dark times since Sonia became disabled after a car accident when she was 4-years-old, but places like Breakaway are so important for dealing with stuff like that.

“You go there to find your heart again.

“I reckon everyone should volunteer there at least once.