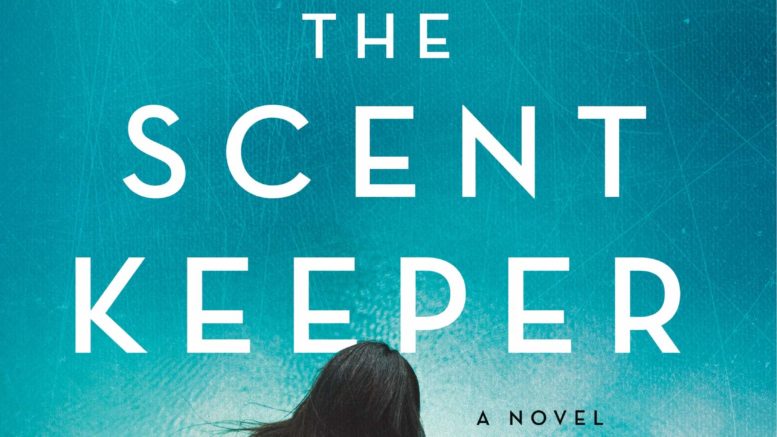 After some poor judgement with my last book (When We Believed in Mermaids), I made sure to check the genre of The Scent Keeper.

Mmmm … that really helped. Anyone know what Bildungsroman means?

(Turns out it means a novel that deals with a person’s formative years or spiritual education … OK, count me in!)

The protagonist and narrator of The Scent Keeper is Emmeline.

She is a young girl living an enchanted childhood on a secluded island, living in a cabin with her father.

She doesn’t remember arriving there, she has always just been there.

Her father teaches her everything about the natural world through her senses:

“My father was everything. I’ve heard people say that someone is their “whole world”, their eyes filled with stars. But my father was my world, in a way so literal it can still grab my thoughts, pick them up, and toss them around like driftwood in a storm.”

Emmeline’s’ first memories are of the drawers her father built in their one room cabin, each drawer containing a single small bottle with a piece of paper, sealed in different coloured wax.

The bottles were rarely open – their job was to keep the bottles safe.

In fact, her father is a scent hunter, and he has created a machine that captures specific smells on scraps of paper.

Over time, Emmeline becomes more and more curious about the origin of the scents.

One day Emmeline ventures out to an area her father has made her promise not to go.

She breaks his trust, with catastrophic consequences and she is suddenly vaulted back into the normal world.

Colette and Henry take in Emmeline and treat her like a daughter, but the 12 year old is wild and completely unfamiliar with this frightening and complex modern world.

She now must attend school where the other children think she is a freak.

“I’d loved our island, believed in the wonder of smells and bottles. But I had come to understand that my father had created that world-and now I fit in nowhere else.”

And so begins a quest to unlock the clues to her identity.

He teaches her how to read people, to watch their faces: “Never trust a smile that doesn’t’ make it to their eyes.”

He helps Emmeline with history, she helps him with science.

He teachers her how to write a paper, she tells him her father’s stories

Emmeline and Fisher spend their teenage years together and grow close, but Fisher’s father is abusive, and Fisher must leave to start a life in the city.

In the beginning he writes to Emmeline, but those letters drop off, so Emmeline goes in search of him.

While searching for Fisher she finds her mother and, in so doing, discovers what amazing gift of her olfactory sense and how it can reveal hidden truths.

I must say I had some trouble getting into this book – initially, I thought the use of smell was so overplayed it became a bit farcical.

But eventually I got lost in the story and the use of smell just made sense.

I really wanted to find out what happened to Emmeline and Fisher and see how their story evolved.

(If nothing else, the reader will learn how much smell is used to manipulate a consumer.)

So I found the combination of magical realism, the young girl coming-of-age story Bauermeister’s long, poetic passages kept me engaged.

Bauermeister is the author of three bestselling novels – The School of Essential Ingredients, Joy for Beginners, and The Lost Art of Mixing.

As an aside, there was a brief encounter with a character named Rene, who was “re-creating scents that are disappearing – pipe smoke. typewriter ribbons, those tiny wild strawberries that grow in the forest.”

I wished there was a little more about him.

Disappearing scents? Now that’s a story in itself.