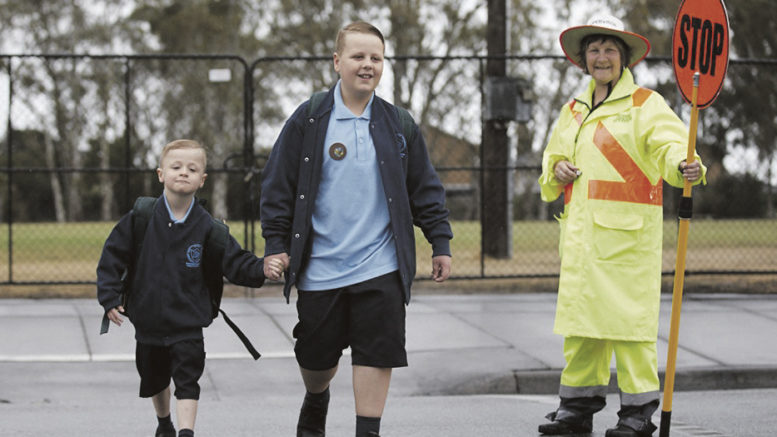 Thousands of Central Coast school children are set to return to the classroom from May 25, as all public schools resume full-time face to face teaching.

Catholic schools across the Coast are also set to make a full return to school from the 25th, bar MacKillop Catholic College, which will return to full schooling the week after.

Parliamentary Secretary for the Central Coast, Adam Crouch, said a significant amount of work had been done to make sure all schools were COVID-19 ready, with thousands of bottles of hand sanitizer, as well as hygiene and cleaning supplies, distributed to every public school on the Coast and a $250M cleaning program having been undertaken state-wide.

The move follows the success of part-time face-to-face teaching, which has been underway since May 11.

Crouch said while some activities like assemblies and excursions will not occur, having students back at school full-time means their education can progress.

“Each school has unique circumstances and each Principal will communicate the next steps to their school community,” he said.

“I know that this decision comes as a relief to many parents on the Central Coast.

“It means they can get back to work and resume a more ‘normal’ daily routine.”

Premier Gladys Berejiklian said schools and students were ready for a full return.

“Since starting a managed return to the classroom, we have seen a strong degree of confidence from our school communities in managing COVID-19 and a clear desire for all students to be back at school,” she said.

“Over the last two weeks schools have been working hard to support students practise good hygiene and implement new routines at school, which has been successful giving the community confidence that full-time face to face teaching can resume.“

Berejiklian said a return to full-time face to face teaching and learning is crucial for the education progress of every child in NSW from Kindergarten to Year 12.

Education Minister, Sarah Mitchell, said teachers would be focused on identifying where their students are at in their education.

But Central Coast Council of Parents and Citizens Association President, Sharryn Brownlee, says the full return will not be without its challenges.

Parents have a number of concerns, Brownlee said, including how students will travel to and from school in the wake of the government’s COVIDSafe Transport Plan unveiled on May 18, which calls for people to avoid utilising public transport during peak times and adhere to social distancing measures on buses and trains.

With little advice on how that will affect students, Brownlee said parents were worried how these changes will impact their children’s ability to travel and how social distancing can be observed on dedicated school buses without disrupting the run.

“Parents are worried about how their kids will get to and from school,” she said.

“The Central Coast school system is dependent on buses and there’s been little advice given on if there’ll be extra services.

Disruption to bus schedules could also have unforeseen consequences for schools, with many planning their daily operations around these schedules, she said.

The government directive for people to drive more and use public transport less was also worrying.

“Putting aside the fact that not all parents have the means to drive their children to school every day, getting around the Coast during school drop off and pick up times was already a problem for most; any increase in traffic around schools is undoubtably going to cause issues,” Brownlee said.

The other big issues on parents’ radars was school cleanliness and hygiene, communication and support for senior students.

“I’m hearing a lot of scepticism from parents about how schools will keep up with cleaning with a full return,” Brownlee said.

“Cleanliness has been an issue for a number of years for some schools and there’s concerns around things like the use of sanitizer, effective handwashing and equipment sharing, particularly among younger students who can’t comprehend the seriousness of the situation.”

While the pandemic has created an unprecedented situation for all students, the most impacted have been seniors undergoing their HSC, Brownlee said.

“The disruption to seniors is such a complex issue,” she said.

“The digital divide was apparent during Term 1 and work needs to be done to ensure students aren’t left behind.”

She said not all subjects were impacted equally by the switch to online learning, with students whose courses incorporated performances, bodies of work or other practical elements more disadvantaged than their peers.

The fact that teachers at a higher risk from the virus may also not return to their classrooms is adding further cause for concern, Brownlee said.

“We’re already predicting a spike in misadventure applications and what we don’t want to see come December is a huge surge in appeals and complaints about HSC results.” she said.

“Families want to be reassured that their children are on an equal playing field and that obvious disadvantage due to COVID-19 is addressed.”

Brownlee is calling for more concise communication from the Minister and Department of Education and the acquisition of more teachers.

“We know that at least 25 per cent of students did not engage with online learning at all,” she said.

“With an $18B budget I see no reason why funds can’t be allocated to secure supplementary staff to help bridge the gap, especially for HSC students.

“This would put a lot of anxious minds at ease.”