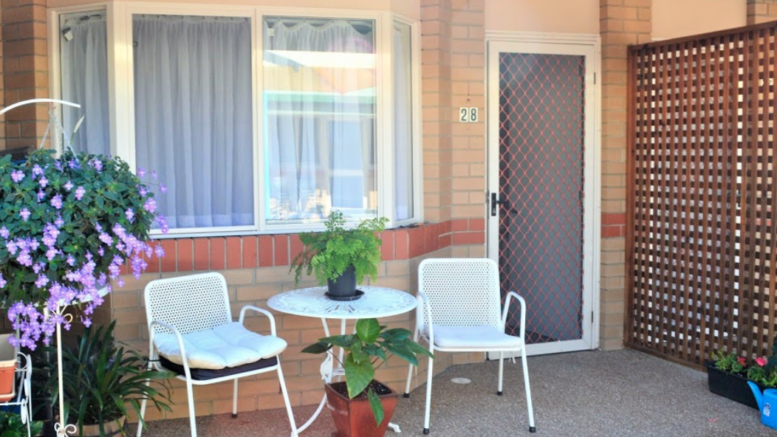 Central Coast Council has approved deferred commencement of $12.2 million in alterations and additions to an aged care facility in Kathleen St, Woy Woy.

Development consent for the alterations and additions to Blue Wave Living residential aged care facility was given under the State Environmental Planning Policy for “Housing for Seniors or People with a Disability”.

In total the proposal adds 18 bedrooms, providing accommodation for 18 additional residents resulting in an increase from the 139 existing residents to 157 residents.

Both lots are owned by the Health Administration Corporation, a division of NSW Health responsible for providing the ambulance and other State health services as well as State health system infrastructure.

A separate DA had been lodged and approved in March 2019 to re-align the boundaries so that The Shores building which is sitting on Lot 101, the hospital site, will be included into Lot 102, the BlueWave site.

The deferred commencement is contingent on Blue Wave providing proof to Council that it has lodged the new survey with the newly realigned boundaries with NSW Land Registry Services.

A Statement of Environment Effects submitted in support of the application and an assessment report conducted by council staff found no non-compliance with the State planning policy and recommended approval.

The site was covered by the Gosford Local Environmental Plan 2014 under which it was zoned SP2 Infrastructure and the existing use was permitted with consent in this zone.

It was noted in the Statement that, as the application was for a Residential Care Facility, which was neither a “commercial premises” nor “residential accommodation” as defined by the Plan, there were no specific controls in the council’s Development Control Plan to govern this type of development.

“However, the proposal generally achieved the objectives set out in Section 3.1.1.1 for residential development,” the Statement said.

The application included refurbishments, alterations, and additions to the existing buildings on the site.

The existing covered walkway between “The Nursing Home” and “The Shores” (rear building) would be demolished and a new corridor, delivery yard, laundry reconfiguration, and resident support services constructed.

Alterations to “The Shores” will include existing activities room, associated residents’ facilities, and existing bedrooms.

There will be addition of bedrooms, lounge rooms, dining rooms, kitchens, and associated support services to the eastern and western wings of “The Shores” building.

A new maintenance workshop and store “shed” will be constructed at the north-east of the site.

The application also included realignment of driveways, reconfiguration of car parking, reinstatement of waste and recycling enclosures and new landscaping throughout the northern half of the site.

The site has an area of 1.62 hectares and the only public street frontage is of 104.11 metres to Kathleen St to the south.

The eastern boundary is the longest at 144.69 metres, and faces the James Browne Oval sportsground.

The primary north and western boundaries are shared with the Woy Woy Public Hospital and Rehabilitation Centre.

BlueWave Living caters to both high and low care residents, and provides 24-hour professional nursing and personal care and support for people who are frail or living with physical or cognitive impairment, according to the application.

The facility is supported by a maximum of 50 staff on site at any point in time.

This site is used as a health facilities campus, and the neighbouring buildings include the Woy Woy Public Hospital and Rehabilitation Centre and carparking.

A public road lies to the west and south of the site and James Browne Oval sportsground bounds to the east of the site.

Officially opened in March 1989 as a 40-bed nursing home, the organisation has continued to grow.

In 1992 a 10-bed dementia specific wing for high care residents was built.

After considerable lobbying and support from the community, approval was then granted by the Commonwealth Government in 1995 to construct a 40-unit aged care hostel for people who required assisted living.

Construction of the 40-unit hostel was completed in 1998 and was designed to accommodate both high and low care residents.

In 2005 the facility underwent a $1.2 million refurbishment which included the development of a new eight-bed wing, comprising of eight single residential rooms, each with their own ensuite.

In 2012, then named Woy Woy Community Aged Care, it was again extended with the construction of an additional wing, comprising of new single rooms with ensuites.

This extension also saw the renovation of a number of facility common areas.

The latest extension saw the last of the four bedrooms being converted into two bedrooms with ensuites, with residents moving into their new rooms in November 2014.

The front foyer and carpark were completed early 2015.

The organisation re-branded in November 2014 under a new corporate name, BlueWave Living.

The proposed plans and and an arborist report included the removal of 31 trees located within the site including bloodwood, blue gum, bangalay gum, lemon-scented gum, spotted gum and angophora costata.

A group of eucalypts to the north of the works are not to be removed and should be protected during the works.

Oyster Festival to continue in its own right