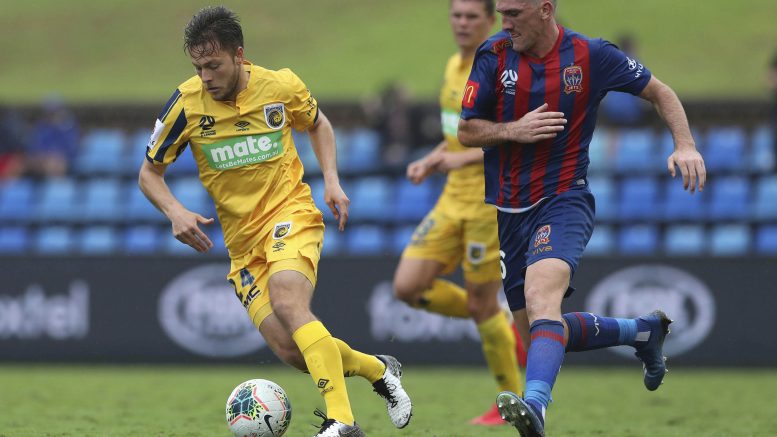 The Mariners are keen to kick off again.

Football Federation Australia (FFA) has re-confirmed its intention to resume the Hyundai A-League 2019/20 season as soon as possible.

The FFA identified several criteria for the resumption including player and staff Health and Safety requirements, an easing of restrictions on large gatherings to allow for squads to gather and social distancing protocols being agreed with government to hold professional games.

The FFA confirmed that it is in ongoing dialogue with government health authorities on all of these elements with thresholds for activation being identified.

Any recommencement would require an initial period of training and conditioning for club squads in order to ensure both the health and safety of the Hyundai A-League’s elite players and the integrity of the competition.

The announcement follows recent media reports that the silence from the FFA was causing major anxiety among A-League clubs and players.

On April 23, the West Australian quoted Mariners star player Tommy Oar as saying, “The FFA made the announcement over a month ago that they were going to suspend the league, (but) we haven’t actually heard anything since then.

Oar said it was frustrating for players to see other codes such as the NRL offering specific dates to players and fans but not to get the same clarity.

And while he welcomed the FFA’s desire to play out the remainder of the season, with over the half the league’s players coming off contract on May 31, he was unsure how that could happen.

“There’s been no kind of specifics given to what that might look like,” Oar told the West Australian.

The FFA announcement did not provide any update on negotiations with Fox Sports over its $57-million-a-year deal with the federation.

FFA Chief Executive James Johnson said there was agreement between the FFA and the clubs that the season would be completed.

“Our goal is to deliver live, professional football and complete the Hyundai A-League 2019/20 season, and we have set a number of criteria that will define when this is going to be possible.

“We will resume play as soon as possible, and the first stage would see the players return to training. We would then schedule matches. It is difficult to see that process beginning before the end of May, but we will work with all stakeholders to achieve the earliest possible resumption.

“Ultimately, the coronavirus will have the final say on when we can get the season started again and completed.” Johnson added.

The FFA will continue to work with the clubs as well as our broadcasters and provide a further update in May 2020.