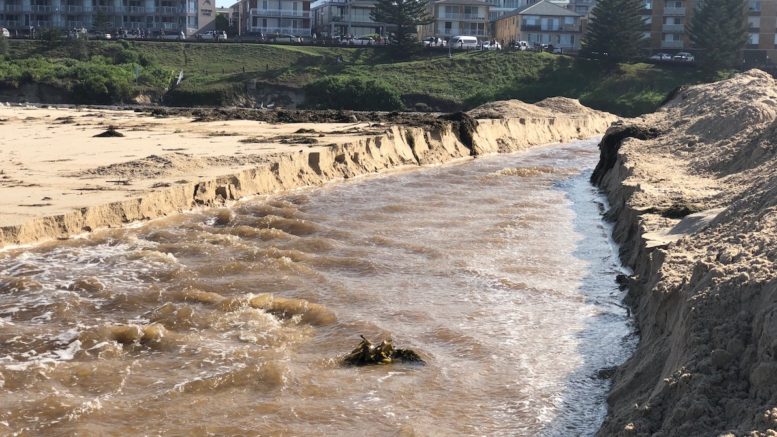 Central Coast Mayor, Lisa Matthews, is calling out the politics being played over dredging The Entrance Channel and the “short-term thinking” of Parliamentary Secretary for the Central Coast, Adam Crouch.

Crouch wrote to the Mayor saying that the NSW Government was disappointed that dredging had not started.
He said a month had passed since the Water Minister, Melinda Pavey, confirmed a $600,000 grant for dredging and that council staff told him dredging work could commence very quickly.
“Council has talked about action without actually taking any,” Crouch said.
However, Mayor Matthews said council had waited five months for the NSW Government to approve a funding grant to support the dredging program.
“This was an announcement that was made at the tail end of the floods,” Mayor Matthews said. “To expect within four weeks of that announcement for dredging of The Entrance Channel to occur is simply reckless.
“The necessary surveys are key phases of the project, acknowledged by the NSW Government as part of the approval of the grant.
“The knock-on effects of haphazardly dredging the channel can have unforeseen consequences to other areas,” Mayor Matthews said.
She said work on the dredging program was well underway and in the past few weeks there has been an aerial survey of the sand spit and coastline using drone and laser technology as well as an underwater survey of the channel bed.
“Whilst the program of work is underway, there needs to be a permanent solution to this ongoing problem, one that is based on the advice of technical experts, not politics,” the Mayor said.
“In February, 2019, the State Government made an election commitment of $200,000 to establish an expert panel to look at the Tuggerah Lakes waterway and flow.
“More than 12 months on and we are still waiting for that expert panel to be established.
“As Parliamentary Secretary for the Central Coast, Mr Crouch should be focused on working with the state government to establish the expert panel, if he’s truly committed to fixing this issue.
“We want to deliver the best outcomes for the whole of the community, without the politics, and this requires expertise, strategic thinking and long-term planning.
“As a state asset, we want to continue to work closely with the State Government on a long-term solution,” the Mayor said.
At a February press conference with the Water Minister at The Entrance, Crouch said Minister for Energy and Environment, Matt Kean, was “working through the process of appointing that expert panel and we’ll have that announcement this year.
“The recent flooding of Tuggerah lakes showed that thousands of people were relying on council to protect their homes and businesses.
“It has been about 18 months since The Entrance Channel was last dredged.
“Council has received $200,000 in 2015, $225,000 in 2018 and $600,000 in 2020 through the NSW Government’s Rescuing Our Waterways program to dredge The Entrance Channel.
“Our community expects dredging work to commence immediately,” Crouch said.
Meanwhile, a meeting between high level government officials to specifically discuss The Entrance Channel was called off on March 16 as a precautionary measure because of the coronavirus situation.
The meeting was to be a follow through from a council resolution in December, but there is no firm decision when the meeting will be reconvened.

What about the forgotten north? – Hogan

ChromeFest number 10 to be a special one