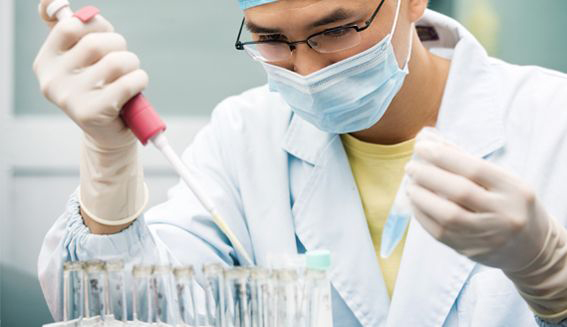 [Editorial] While the development of an effective COVID-19 vaccine are being fast-tracked by medical research groups around the world, several academic studies of the virus’s RNA genome are highlighting some concerning characteristics of the virus.

According to a report by British and German geneticists, the virus has developed three strains, re-ferred to as Types A, B and C – all three are derived from the pathogen first found in bats, but each has evolved in different ways.

While Type A was closest to the virus in bats, the strains responsible for most deaths in Wuhan was Type B, while Type C was the variant found most often across Europe and the UK.

Type C had not been detected in any patients in mainland China, though had been found in sam-ples from Singapore, Hong Kong and South Korea, the study said.

In other words, not only is it well-suited to human transmission, but it is mutating as it spreads.

Further, it is possible that some strains may be more virulent that others in some populations and that this may be another factor, in addition to how quickly governments responded to the initial outbreak, that may explain why some regions suffered higher infection and mortality rate than others.

In another study, researchers found the COVID-19 coronavirus can produce more than three times the amount of pathogens than the strain responsible for the SARS outbreak in 2003, although pa-tients may be initial less symptomatic.

The research, led by Hong Kong University microbiologist Yuen Kwok-Yung, was based on tests conducted on lung tissue removed from COVID-19 patients.

The results underlined the virality of the disease compared to SARS.

Separately, the South China Morning News (April 12) reported that researchers in China and the US found that COVID-19 can destroy T lymphocyte cells (T cells) in humans, a key part of our immune system responsible for identifying and eliminating virus-infected cells.

The discovery coincides with frontline doctors’ observation that COVID-19 can attack the human immune system and cause damage similar to that found in HIV patients.

The researchers from Shanghai and New York found a unique structure in the virus’s spike protein that appears to trigger the fusion of a viral envelope and cell membrane when they came into con-tact.

The virus’s genes then enter the T cell and disable its protective function.

Further investigations of the virus infection of primary T cells would evoke “new ideas about path-ogenic mechanisms and therapeutic interventions,” the researchers said in the paper which was published in the peer-reviewed journal Cellular & Molecular Immunology.

Finally, a study by researchers at the National Institute of Allergy and Infectious Diseases (NAIID) in Montana and other U.S. Universities has found that COVID-19 can survive on some surface for up to 72 hours or more.

It is well known that viruses require a host to live in and spread.

It is also widely believed that viruses can only exist for a few hours on an exposed surface.

But the study, recently published in the New England Journal, has thrown this view into doubt.

The researchers at the NAIID analysed the decay rates of COV-19 under different conditions and on various surfaces, including plastic, stainless steel, copper, and cardboard.

Their results show the virus was still present on both plastic and stainless steel up to 72 hours.

The half life of the virus, the period in which half the virus disappears, was around six to seven hours on these two types of surfaces.

The results highlight the risk of further community contamination given the ability of COVID-19 to remain at infectious levels on surfaces for several days.