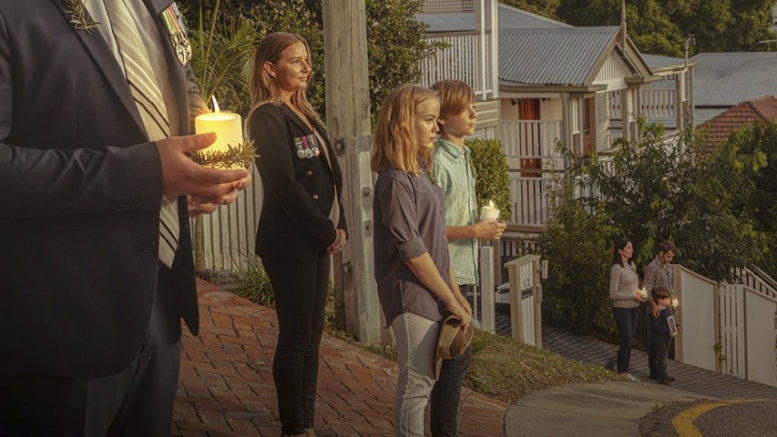 The Coast is being asked to observe ANZAC Day from their driveways Photo: RSL NSW

RSL NSW is calling on Central Coast residents to honour the service and sacrifice of the nation’s service people this ANZAC Day by taking part in a collective Dawn Service from the safety of their homes.

RSL NSW Acting President, Ray James, confirmed that the body was throwing its support behind the collective Dawn Service idea and is urging all NSW residents who can do so to stand at the end of their driveway or at their balcony from 6am on April 25 to observe a minute’s silence.

“Traditional dawn services and marches are just not possible this year, but during these difficult and uncertain times, it is vital that we stay true to our values of mateship and camaraderie and that we honour our service personnel and show our ANZAC Spirit,” James said.

Central Coast District Council of RSLs has indicated that they fully support the initiative.

Council President, Greg Mawson, said the Council hopes that residents would embrace the idea come ANZAC Day and added that any resident with a bugle and the skill to do so, can add weight to their area’s Dawn Service by playing the Last Post, the Rouse and the Reveille, provided they get the blessing of their neighbours.

“It may be a small gesture, but these are challenging times and this is a great opportunity for the people of the Central Coast to honour our servicemen and women,” Mawson said.

RSL NSW is also encouraging residents to tune into the nationally televised service from the Australian War Memorial in Canberra.

NSW Senator, Jim Molan, has also announced he is launching an Anzac At Home campaign to highlight the ANZAC experiences of Australians during the challenge of the COVID-19 pandemic.

“Staying at home on April 25 feels inherently wrong to Australians, but I believe that by sharing how we will be commemorating ANZAC Day at home, we can continue to make our veterans proud,” Sen Molan said.

Sen Molan is encouraging Australians to share their ANZAC stories and how they commemorate the day on social media, using the hashtag AnzacAtHome to bring them all together.

The Senator noted it was important that commemoration doesn’t just reflect those who have served.

“Every year we see schoolchildren across Australia involved in Legacy and ANZAC Day services, many of whom may not have a connection directly to a veteran but still understand the importance of commemorating those who have served,” Sen Molan said.

“This is an opportunity for all to share their stories of commemoration, as well as sharing how they will be marking a unique ANZAC Day in 2020,” he added.

RSL NSW has also announced a means for the social media savvy to pay their respects, launching their Community Ode initiative.

Announced on April 8, RSL NSW is encouraging all NSW residents who can to record videos of themselves reading The Ode and other messages to veterans and to post it their social media with the hashtags Anzac Spirit and Light Up The Dawn.

“The Ode is a crucial element of all ANZAC Day services, its words embedded in the hearts and minds of Australians as a way we can solemnly communicate our enduring appreciation for those who have paid the ultimate sacrifice in service to our country.

“The Ode is also an enduring promise that we will continue to honour them, and never forget,” James said.

“As with all other Australians right now, we have to change the way we do things, evolve and make the best of our situation. Nothing can ever take away the importance of ANZAC Day and what it means to all of us, most especially those currently serving, and all veterans and their families.

“Those serving today, and all veterans and their families have given so much to our country, and while we are doing things a little differently this year, what will never change is the eternal respect, thanks and admiration the Australian people have for those who protect us.

“It is also very important to note that while we are all doing things a bit differently at the moment, RSL NSW remains open and available to support and assist veterans and their families,” James said.