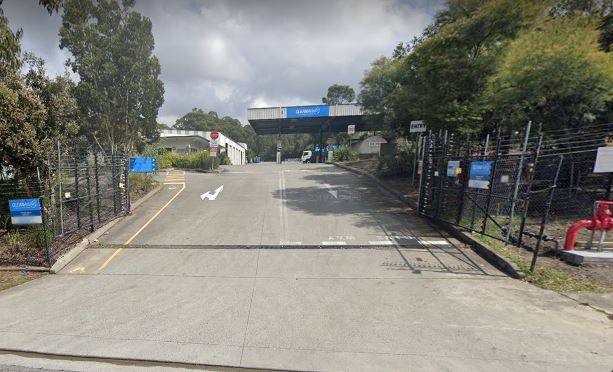 A recycling business at Somersby has taken its first steps to get State Government approval to double its processing capacity to 120,000 tonnes per year, at the same time as it has asked Central Coast Council for a smaller increase.

The NSW Department of Planning and Environment has issued a Secretary’s Environmental Assessment Requirement (SEARS) which allows the business, Stop Waste Pty Ltd, to lodge an application to double its capacity.
The SEARS statement gives the company two years to lodge a development application which must include an environmental impact statement and proof of community and stakeholder engagement.
The statement said it preferred operations such as this recycling business to operate under one modern planning approval.
“Consequently, the Department encourages you to develop the project with this preference in mind and to consider surrendering all of the existing planning approvals for the facility if this development is approved,” Director, Industry Assessments, Chris Ritchie, said in the letter accompanying the SEARS.
The recycling plant at 75 Piles Rd, Somersby, has also applied to council to increase from 60,000 tonnes a year of recycling material to 90,000 tonnes.
Original approval was given in 2007, and a subsequent development application to rebuild the existing centre following a fire, was approved in July, 2014.
The centre processes commercial cardboard and commercial and domestic commingled recyclables collected predominantly from the Central Coast, Northern Beaches, North Sydney, Ku-ring-gai, Newcastle and Port Stephens areas.
The sorted materials are sold to third parties for the production of new products.
In its latest development application to Central Coast Council to expand, the applicant said the centre would be a regional recycling hub, providing an essential service to help meet current and future demands from major population catchments in NSW.
It noted: “In parallel to this application, a State Significant Development application has been developed for submission to the Department of Planning, Infrastructure and Environment, with the aim of increasing total site processing capacity to 120,000 tpa.
“Due to the coordination of the two projects in unison, specialist reporting detailed in this application has been developed according to a 120,000 tpa project, assuming that a facility capable of supporting 120,000 tpa of waste processing with minimal environmental impacts would be capable of supporting 90,000 tpa.”
The application said the increased processing capacity would operate in conjunction with the company’s secondary processing facilities within the Central Coast local government area, establishing a full life cycle approach to the reuse of waste products.
The application said that by helping to improve resource recovery and maximise the amount of recyclables available for beneficial reuse, the proposal would assist the NSW and Commonwealth governments in achieving their objectives for the recovery and recycling of waste.
“Importantly, the proposal strongly aligns with state and local government strategic planning objectives for the Central Coast LGA, by supporting the growth of Somersby as a significant industrial employment cluster in the region,” the proposal stated.
“In addition, the proposal is consistent with existing and surrounding industrial development and is appropriate in this location.”
The proposal to council was on public exhibition until April 8 and is yet to be determined.
The expansion is estimated to cost about $300,000.
The application said the additional processing capacity proposed would be achieved within the existing approved hours of operation, with no changes proposed to processing equipment and machinery at the site.
All waste storage, handling and processing will continue to occur within the Materials Recycling Facility building as approved.
The Centre is currently approved to operate on a 24-hour basis.
In order to enable additional processing capacity, two shifts would be scheduled for operations.
This would be achieved by increasing processing operating hours from one shift of 9 hours per day Monday to Friday to running two shifts over 19 hours per day, from Monday to Friday.
The application said the first shift would run from 5am to 3pm while the second shift would start at 3pm and finish at midnight.
Maintenance would be carried out on equipment from midnight to 5am.
The estimated value of internal plant upgrades is $1.5 million.
The company estimated employment would increase from 10 staff at present to up to 16 staff working at the site at any one time, including office staff.