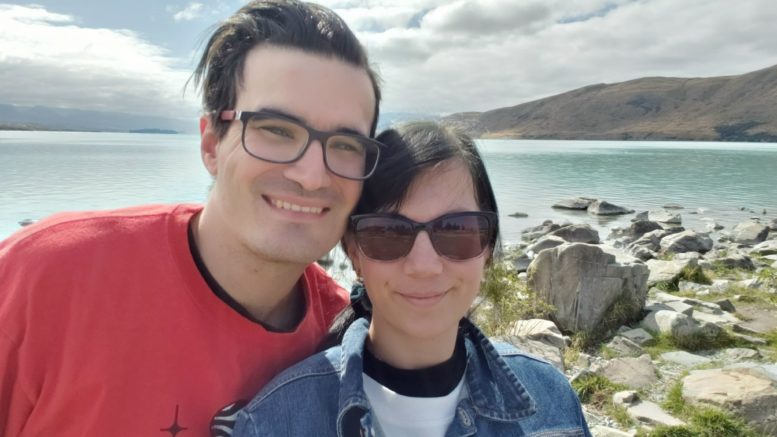 As self-isolation measures ramp up for Australians returning from overseas, stories of Central Coast residents recently returned to all parts of the region continue to pour in.

For Rohan Parry and his partner Crystal of Gosford, the decision to leave for their long-planned New Zealand holiday on March 13 was not taken lightly.

“We had booked a two-week holiday six months previously, and although we knew when we left that COVID-19 was a thing, we weren’t really sure how it would pan out,” Parry said.
“We had seen the beginning of the explosion which has occurred since, but we would have lost a lot of money if we cancelled at that late stage, so we made the decision to go ahead.
“In hindsight, perhaps we should have stayed home, but all in all, we don’t regret going.”
Parry said that when the couple first arrived in New Zealand, most things were still open.
“There was no legally mandated physical distancing, it was up to the discretion of each business and individual,” he said.
“For the first week or so, it was basically business as usual.
“We started in Queenstown, which is largely a tourist-based theme park town, and everything seemed to be running as normal.
“It was like a regular holiday season, if a little quieter.
“It wasn’t until we were in the second week of our holiday that businesses started cancelling tours and we began to think about cutting the trip short.
“Then on March 25, the New Zealand government made a very strict lockdown announcement and we started to panic a little.
“Everything had already been closed for several days there and the Australian government was also urging residents to get home, so we decided that it was time to move.
“Luckily, we were able to reschedule our flight for March 26, only three days before we had been scheduled to return home, and made it back just before the mandatory hotel isolation came into force.
“We were very lucky to leave New Zealand just before strict lockdowns and arrive home just before mandatory hotel isolation.”
Since their return, the two have been self-isolating at their Gosford home.
“It’s been a big adjustment, because we’re pretty social people who like to go out a lot and see our friends,” Parry said.
“We are getting used to the routine of facetiming and group video calls, luckily many of our friends are very tech savvy.
“But we are missing that face to face interaction, as everyone is.
“We’re both regular gym goers and are now doing our workouts in the loungeroom, and that’s a very different vibe.”
Parry’s partner, who works in finance, is working from home, but for Parry it is more difficult.
An enterprise representative with Musicians Making a Difference (MMAD), based in Gosford, Parry is usually involved in social enterprises, community projects, recording studio and event space hire, and co-ordination of the group’s portable stage, all of which is now on hold.
“We are transitioning our youth mentoring programs to online delivery, but a lot of the young people we work with are from disadvantaged backgrounds and it’s proving more difficult than we had imagined,” he said.
“Most things are on pause for the time being, until we get advice otherwise from the government and health authorities.”