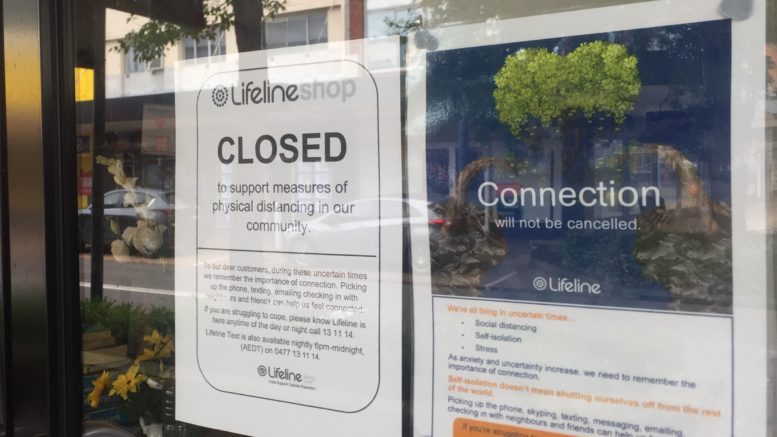 Landlords are being asked to follow a new code of conduct.

There is more certainty for businesses on the Central Coast with the announcement on April 7 that a Mandatory Code of Conduct will be implemented in all states and territories to provide rent relief for commercial renters during the coronavirus pandemic.

But uncertainty remains for private tenants, with no formal rent relief measures yet in place.
Prime Minister Scott Morrison announced on April 7 that the National Cabinet had agreed to the implementation of a mandatory Code of Conduct (the Code), including via legislation or regulation as appropriate, to implement principles agreed upon on April 3.
Member for Robertson, Lucy Wicks, said the principles guiding the code would include: proportionate rent reductions based on decline of turnover to ensure that the burden is shared between landlords and tenants; a prohibition on termination of leases for non-payment of rent; a freeze on rent increases; a prohibition on penalties for tenants who stop trading or reduce opening hours; and, a prohibition on landlords charging interest on unpaid rent.
“For landlords and tenants that sign up to the code of conduct, States and Territories have agreed to look at providing the equivalent of at least a three month land tax waiver and land tax deferral on application for eligible landowners, with jurisdictions to continue to monitor the situation,” Wicks said.
Prime Minister Morrison said the Code builds on the draft codes submitted by landlord and tenant representative bodies in the commercial property sector.
“The purpose of the Code is to impose a set of good faith leasing principles for application to commercial tenancies (including retail, ofﬁce and industrial) between owners/operators/other landlords and tenants, in circumstances where the tenant is a small-medium sized business (annual turnover of up to $50M) and is an eligible business for the purpose of the Commonwealth Government’s JobKeeper program,” he said.
“(It) provides a proportionate and measured burden share between tenants and landlords, while still allowing them to agree to tailored, bespoke and appropriate temporary arrangements that take account of their particular circumstances.”
Morrison said the National Cabinet expects Australian and foreign banks, along with other ﬁnancial institutions operating in Australia, to support landlords and tenants with appropriate ﬂexibility as they work to implement the mandatory Code.
But Shadow Minister for Consumer Protection, Julia Finn, has called on the State Government to provide more certainty for private tenants.
She cited the fact that Tasmania had already “passed emergency laws to protect tenants and give certainty to landlords”.
“Yet, the NSW Government refuses to provide any detailed information about how it will ensure renters can stay in their homes,” Finn said.
“How can we expect people to stay home and self-isolate when they run the risk of losing the roof over their heads?
“This is a health issue, as well as a tenancy one.”
She called on the Government to clarify: that there will be an amnesty on evictions for non-payment; the obligations tenants have to demonstrate their sudden inability to pay their rent; and, how the shortfall will be made up.
Parliamentary Secretary for the Central Coast, Adam Crouch, said: “For both commercial and residential leases, the NSW Treasurer is currently finalising a package to support and protect tenants in financial distress who are unable to meet their commitments due to the impact of COVID-19”.