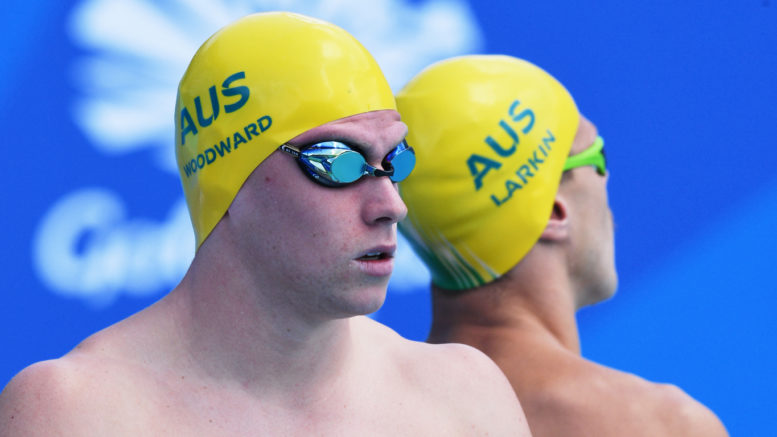 The Tokyo 2020 Olympics officially have a new date, but for the Coast’s handful of Olympic hopes, the future remains uncertain.

On March 23, the International Olympic Committee (IOC) and Olympic Organising Committee confirmed that the Olympic and Paralympic Games were being postponed for a year, as the world buckled under the spread of COVID-19.
The day before their joint announcement, the Australian Olympic Committee (AOC) announced that Australia was pulling out of the Games, stating that it wasn’t prepared to risk the health and safety of all Australians involved.
Since then, the IOC has confirmed that the Games will return on July 23, 2021, but the situation has left many of the nation’s athletes wondering what their next move should be.
Several local athletes have already qualified for the Games, like Tascott high jumper, Nicola McDermott, Avoca Beach kayaker, Riley Fitzsimmons, and Berkeley Vale’s, Matt Dawson, who plays for the Australian Kookaburras’ hockey team.
But there are several others still vying for qualification, including Shelly Beach swimmer, Brad Woodward, and Umina PCYC boxers, Kaye Scott and Anja Stridsman.
Woodward is a member of the Australian Dolphins swim team and was gearing up for his Olympic qualifiers in June before the pandemic brought his preparation to a screeching halt.
The 21-year-old Backstroker has been working towards his Olympic debut for the past three and a half years, and while he admits that things are touch and go right now, he’s not giving up on his dream.
“It was something we all saw coming.
“I wasn’t surprised by it, but obviously it’s not an ideal situation.
“The advice we’ve been given is to stay safe and healthy, and now, I’m just isolating and doing my best to keep fit,” Woodward said.
AOC Public Relations Coordinator, Dominic Sullivan, said the situation was unprecedented, but that the AOC would continue to provide support to Australian athletes as needed while International Sporting Federations work with the IOC to determine how their individual qualification pathways will be adapted.
“The AOC has confirmed that selected athletes shall remain members of the Australian Olympic Team to Tokyo, and athletes who have completed the entire qualification process, under the existing National Federation nomination criteria and international qualification systems, shall be nominated and selected in line with the existing policy.
“Where athletes have not completed the entire qualification process, the next steps will depend on actions taken by International Federations and the IOC regarding international qualification systems,” Sullivan said.
He also confirmed that the Australian Olympic Team had earned 318 quota spots of its expected team size of 480, and that more information about what new systems and qualification pathways will look like would be made known to the public as individual sports reach agreements with the IOC over the coming weeks.
With that in mind, it seems like an anxious wait for the unanointed is ahead, but Woodward said he was looking on the brighter side of his unexpected break.
After spending the past three years of his life at Sydney Olympic Park, he’s enjoying spending time with his family and already has a plan to keep on top of his training in a pool-less world.
“Swimming is one of those unfortunate sports that’s been heavily impacted by COVID-19.
“The pools are all closed now, but I grew up doing Surf Life Saving at Shelly, so I’ll be training on the beach for the next few weeks,” he said.
Despite everything going on, he’s still hopeful he’ll be wearing the green and gold come next July.