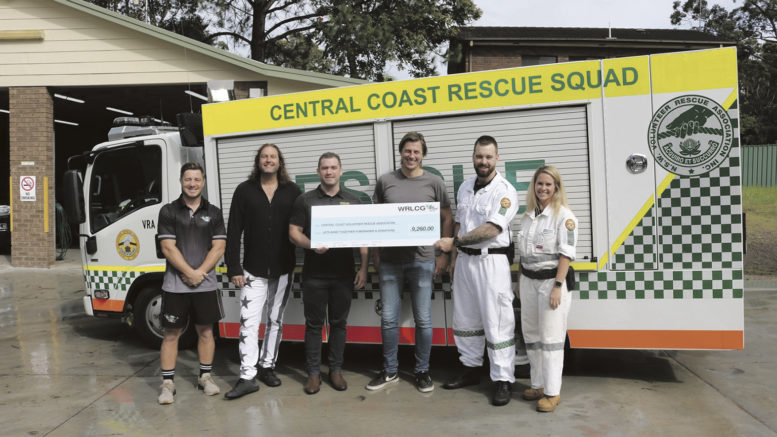 The Central Coast Volunteer Rescue Squad has a received a $9,260 donation from Wyong Rugby League Club.

The funds were raised through the club’s Let’s Band Together event, which saw several bands managed by Fairplay Entertainment donate their time to perform in early March, with proceeds from the bar and other patron donations making up the final figure.
Squad President, Joel Dawes, said the funding would be put towards equipment upgrades.