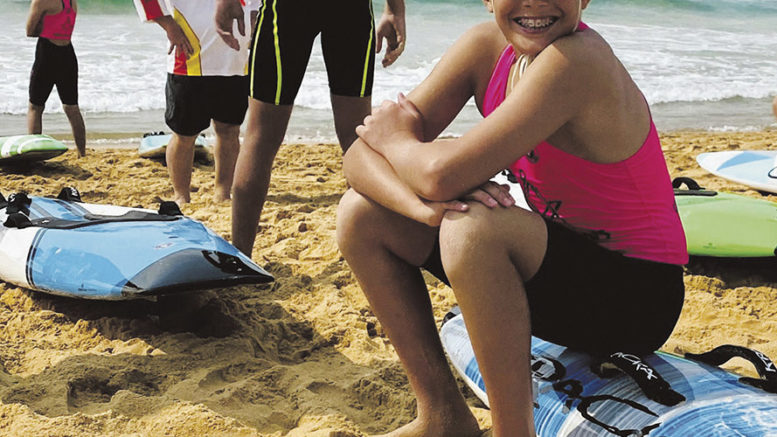 The awards see the cream of the crop from the state’s SLS regions battle it out for the title through a series of events designed to test their prowess and knowledge as lifesavers and their leadership potential.

For the for the first time in its 32-year history, the selection process was completed online, with Bungan Beach SLSC’s Chloe Car joining Kale in taking out the top honours.

Surf Life Saving NSW Director of Membership, Kerry Clancy, said it’s fantastic to see the youngest lifesavers in the movement step up at this time.

“Each year the calibre of our finalists is raised.

“This year is no exception and each has been outstanding with the move to digital interviews,” said Clancy.

“I commend each one of our 22 finalists from across the state and I encourage them to continue to be strong and enthusiastic leaders in their clubs and branches,” she said.

Kale has been an avid surf lifesaver since starting out in Nippers as a 6-year-old, with the highlight of his career so far being named to the Saving Central Coast Rookie Program.

After gaining his Surf Rescue Certificate he has been involved in leadership camps and fundraising, and he also loves competing and representing his club.

The judging panel said Kale was very earnest in all his responses and they were impressed with his commitment to continue to develop as a leader in his club and community.

This is the first time that a North Avoca lifesaver has taken out the Junior Lifesaver of the Year Award.

Surf Life Saving NSW President, George Shales, said: “I’m extremely proud of our 22 remarkable young lifesavers, who are no doubt leading the way with an amazing team of like-minded clubmates.

“Their energy is just what we need at this time and I encourage each of them to maintain their positive attitude and continue their great work into the next season.

“Congratulations to Kale and Chloe on being named our 2020 Junior Lifesavers of the Year.