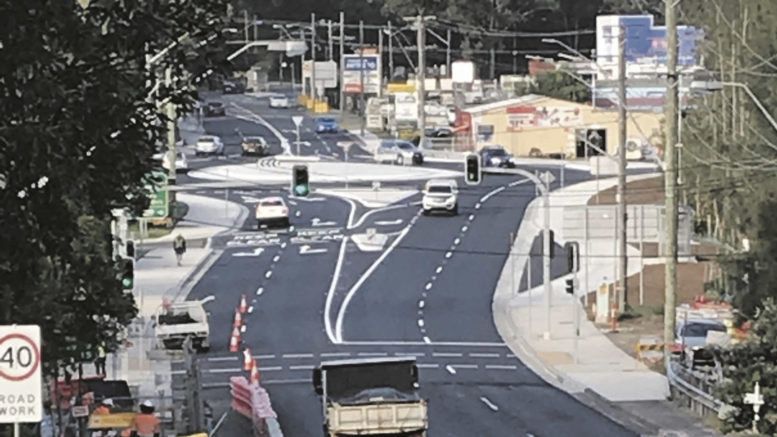 The State Government’s $20M upgrade of a major Kincumber intersection should be completed this week, with final work now underway.

Parliamentary Secretary for the Central Coast and Member for Terrigal, Adam Crouch, said the intersection of Empire Bay Dr, The Scenic Rd and Cochrone St was a pinch point for 25,000 motorists every day.

“Construction is close to completion thanks to five shifts of night work that are taking place this week,” Crouch said on April 21.

“Depending on the weather forecast, work is expected to wrap-up by the end of this week.”

Crouch said the intersection had been a hub of activity since construction began in 2018.

“I know there has already been a significant reduction in queuing which is making a significant difference to the morning and afternoon routines of residents.”

Minister for Regional Transport and Roads, Paul Toole, said the project would improve traffic flow and safety for all road users.

“While we are asking people to cancel any non-essential travel during the evolving coronavirus situation, we are glad to have powered ahead with this and other vital infrastructure projects, because we understand their long-term value to local communities,” Toole said.

Empire Bay Dr is a critical link between the suburbs of Woy Woy, Ettalong and Umina in the south, and Terrigal, Kincumber and Erina in the north.

Prior to the upgrade, there was only one lane in each direction on Empire Bay Dr, with motorists forced to queue for long periods during peak hours.