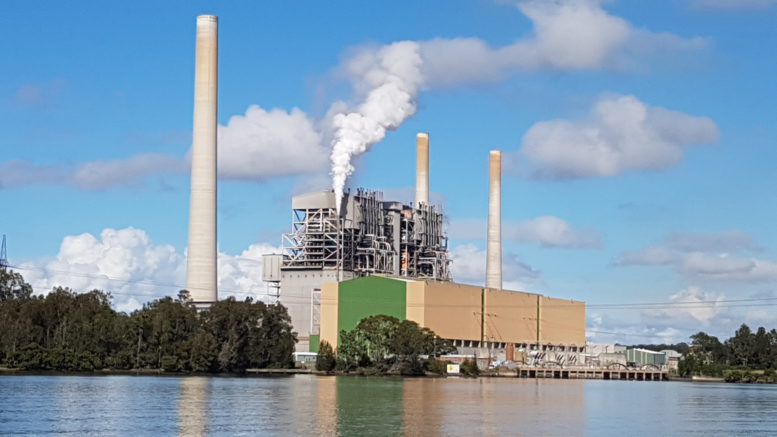 Rivers said NPI data for the period July 2018 to June 2019, revealed that fine particle pollution (PM2.5) from Vales Point increased by 181 percent and an increase in coarse particle emissions (PM10) of 121 percent.

The EJA is calling for the Environment Protection Authority (EPA) to investigate.

“The fabric filters remove over 99.9 percent of particulates from emissions at Vales Point.

“The plant comprises thousands of fabric filter bags, not dissimilar to oversize vacuum cleaner bags, that collect particulates and are routinely cleaned or replaced to maintain optimal performance.”

“We have been unable to determine, nor do the activist groups appear to have been able to substantiate, where the sensationalist claim of 3,000 percent increase from 2012 comes from.

“The 2018-19 tests were conducted in March and April of 2019, and during this time, the diminished performance of a number of filter bags was identified, with scheduled bag replacement subsequently occurring.”

Gurney said that as part of Delta’s environmental licence, this type of monitoring was being moved to a quarterly basis, rather than annual, which should result in more consistent data.

Mannering Park Progress Association President, Kel Wynn, said they had been waging a sustained campaign to make the air and water quality cleaner.

“We wrote a detailed submission when the pollution limits were under review, with substantial evidence of how the power station could contain 95 percent of its polluting emissions,” he said.

“The emissions’ allowances haven’t changed since the power station was built in the 1960s and they fall miserably short of world’s best practice.

“Needless to say, all submissions were ignored by the state government and emission rate allowances remain unchanged.

“We can’t even get more air monitors after years of requests and lobbying,” Wynn said.

“Yet, the Morrison government recently entertained the idea of handing over taxpayer funds to keep it open for longer, while the NSW government continues to let them pollute at levels dangerous to the community,” he said.

Vales Point is one of the country’s oldest coal-fired power stations and Kel Wynn said the state government sold it off for a song and left the public to pay the too-high price for the extra pollution that results.

“It is deeply disturbing to find that the government is prioritising the profits of a privately owned business over the health of its citizens,” Wynn said.

Nicola Rivers from EJA said the National Pollution Inventry had clearly fallen short of its objective to motivate polluters toward cleaner production and improved community health.

“Strong policy, laws and regulations are required to force coal fired power stations to clean up their act.”

New Low Rise Housing Diversity Code not welcomed by all