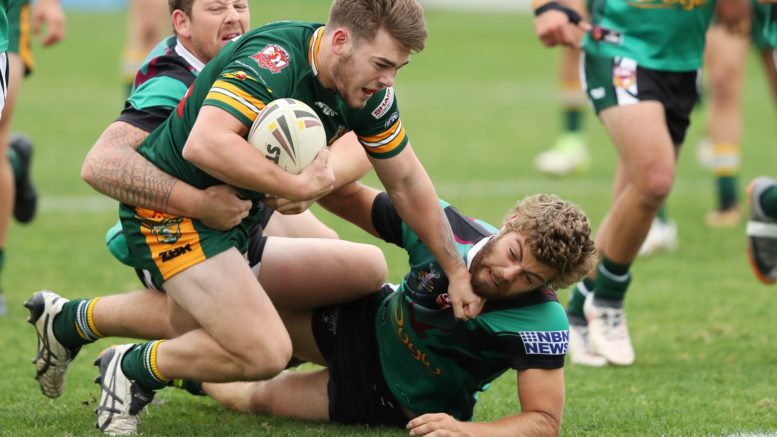 Central Coast Rugby League is facing what could be its most disastrous season ever as politicians argue over when and how the NRL should return.

The spotlight has been on the NRL over the past fortnight as the Australian Rugby League Commission heads towards its proposed May 28 restart date.

This included a pledge from NSW Deputy Premier John Barilaro to assist with getting it back up and running, prompting NSW Labor to ask why it should get special treatment when thousands of grassroots sporting clubs and organisations have been left in limbo in the wake of Covid-19.

Labor Shadow Minister for Sport, Lynda Voltz, said the State Government had yet to announce any form of assistance for the local sports sector, despite local clubs and associations’ calls for help.

“Mr Barilaro should stop being a cheer squad for the NRL and start focusing on the volunteers and administrators of grassroots sport.

“There are easy and practical ways for the State Government to assist grassroots sport, like covering $4M of insurance costs and allowing clubs and organisations to retain already redeemed Active Kids vouchers.

In response, Parliamentary Secretary for the Central Coast, Adam Crouch, said the NSW Government had already provided millions of dollars to improve facilities and provide equipment for sporting clubs on the Coast and would continue to do so through grant programs such as the Stronger Country Communities Fund and the Local Sports Grant programs.

While there’s been no formal funding package announced specifically for grassroots sport, it’s understood sporting organisations can access grants of up to $10,000 under the $750M Small Business Support Fund, which was rolled out during the NSW bushfire crisis.

The NSW Office of Sport has also announced a Sector Recovery Plan was in the works to help the sport and active recreation sector navigate the pandemic, but it’s still being drafted and there’s been no word on when it will be finalised.

Despite this, Central Coast Rugby League (CCRL) President, Gerard Andrews, agrees that the government focus on the NRL is justified.

“Grassroots rugby league is in an entirely different situation to the NRL.

“The NRL’s survival hinges on getting players back on the field due to a significant portion of its funding being tied up in broadcasting rights.

“That funding then flows down to grassroots footy, so restarting the NRL should be top priority right now,” Andrews said.

Putting the NRL aside however, Andrews said CCRL clubs would be pushed to breaking point if NSW Rugby League (NSWRL) suddenly reconvenes the 2020 season and believes the best course of action would be to abandon the senior competition entirely.

“At this point, all clubs are waiting for word from NSWRL about what happens next, but I believe it would be better for everyone involved if the 2020 seniors’ season was scrapped.

“There are a plethora of issues surrounding the seniors’ return, primarily around the financial ramifications of forging ahead, and there is a very real risk that some of our clubs could go broke if it does,” Andrews said.

The loss of sponsor funding is the chief issue, with the majority of CCRL clubs sponsored by local RSLs, clubs, pubs and other businesses that have taken a big hit during the pandemic.

Andrews said without sponsor funding to supplement their treasuries smaller clubs would simply buckle, with even the larger more profitable clubs indicating they’ll struggle to balance the books if the season does go ahead.

“Obviously, we can’t put pressure on our sponsors who are in a similar position, so cancelling this year’s senior competition and giving clubs time to recuperate for 2021 seems the best option to me,” he added.

The grassroots season was set to recommence from May 31 but, on April 22, NSWRL advised that the season would not restart until at least July 18, to coincide with a common return date with other winter sporting codes across the state, as well as the commencement of Term 3 in the school year.

NSWRL Chief Executive, David Trodden, said the decision to work towards a shortened Community Rugby League season and a restart of other abbreviated senior competitions from July 18, will be further reviewed and confirmed on June 1, subject to the existing government advice available at the time.

An artistic bridge to New Zealand via the Warriors