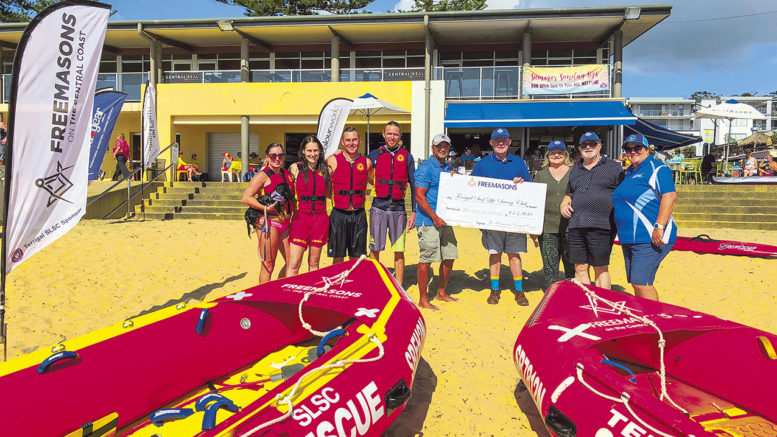 The Freemasons on the Central Coast have continued their longstanding support of Terrigal Surf Lifesaving Club by donating a new $13,800 Inflatable Rescue Boat (IRB) to the club.

In 2014, the Freemasons began their working relationship with Terrigal SLSC, commencing with the provision of pink ‘rashies’ to all Nippers and Seniors who participated in carnivals, as a safety measure.

In the same year, Freemasons donated an IRB to replace the club’s current model which had seen better days.

It was appropriately named ‘Freemason I’.

In late 2019, Terrigal Surf Life Saving Club approached Freemasons again, requesting assistance in purchasing another IRB, as their current IRB, the ‘Freemason I’, was now five years old and a new IRB design had been proven to be more appropriate to surf conditions in their area.

The goal is that ‘Freemason I’ will still be maintained and available as a support vessel and as a training IRB, with the new IRB taking over as the primary vessel.

Then on March 21, with both IRBs in attendance and raring to go, Freemasons on the Central Coast joined with Terrigal SLSC representatives, at Terrigal Beach, for the official presentation.