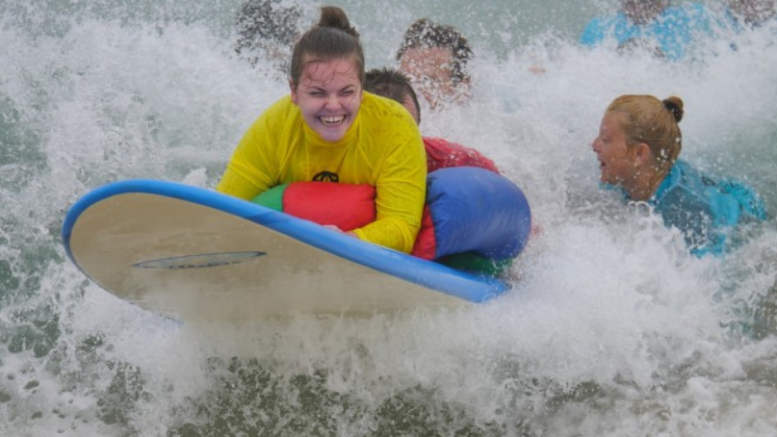 One of the driving forces for the rights of people with a disability, mobility or ageing issues, the Northern Lakes Disability Tourism Precinct Committee Incorporated, is disbanding.

Committee President, Gary Blaschke, said “it is a sad state after all we’ve achieved over many years and we were really going forward.

“Unfortunately, the group was unable to fulfil its financial commitments for incorporation with public liability insurance as per the legislation and post office box fees, after our request for local club support failed,” Blaschke said.

“The committee’s objective was never to make money, only to make a difference for those unable to speak for themselves and work towards providing better access to activities for them.

“The committee suffered from a lack of interest from the community and Central Coast Council.

“Having former inspirational committee members and friends, like Trish Williams and David Galea, passing away over the past couple of years, and others retiring due to their disabilities, the committee, unfortunately, couldn’t continue its inspirational work.”

The committee had a representative on Central Coast Council’s Disability Inclusion Reference Group, Breakaway Board of Directors and the Disabled Surfers Association of Australia, and was instrumental in raising the profile of the disabled on the Central Coast and beyond.

“It also supported the Chain Valley Bay Progress Association to modify Joshua Porter Reserve and donated a beach wheelchair for locals and visitors” he said.

“The committee has been successful with working with Erina Fair for their donation of a liberty swing for kids and adults in wheelchairs through Breakaway and Central Coast Council, and the swing will shortly be installed at Mackenzie Reserve, Budgewoi.

“The committee is attributed for the construction of the Lakes Beach access ramp, the Wyee railway station lifts and many access reports for both Central Coast Council and private businesses in the region.”

In September, 2019, Blaschke and another committee member, Paul Davis, conducted a comprehensive audit of 15 play spaces that council had upgraded in the previous 12 months and rated them for disability inclusion.

“Only one of those parks passed my audit and that was because it had a disabled toilet.

“The rest of the parks didn’t have them, and they lacked appropriate parking, ramps and equipment,” he said.

“Even though the committee is no longer operative, the group will continue to support proposals for Disability Fishing at Gwandalan and Disability Kayaking at Dora Creek.

“Council does have money given to them through the Fishing Trust to improve accessibility at Gwandalan Wharf, but they’re holding off at the moment,” Blaschke said.

“They’re saying that they need more money to build a new wharf but we’re not asking for a new wharf, we just need it tweaked a little bit, and council certainly has the money for that.”

Blaschke thanked committee members, both former and current, and supporters, for their dedication to making the Central Coast a little more accessible.