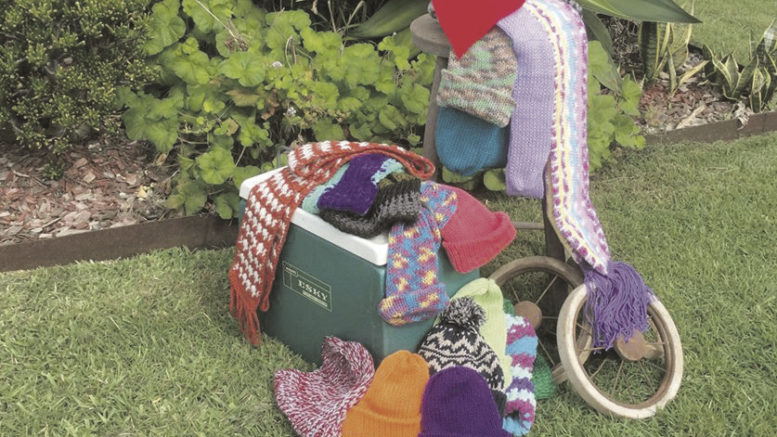 The Woy Woy Country Women’s Association branch has knitted 820 beanies for newborns and disadvantaged people and has more beanies on the way.

Members Sue Willis and her sister, Annette, began by focusing on beanies for birthing packs for NSW Ambulance services, whose paramedics are involved in about 700 out-of-hospital births every year.

The birthing packs include the fundamental equipment required for a safe birth for both mothers and babies, with each including two beanies each (in case of undiagnosed twins).

Sue only recently learnt how to loom, after joining the CWA branch late last year.

She said the challenge came as the perfect self-isolation project and, since starting, she’s been unable to stop.

“Every beanie I do is pretty in its own way,” said Sue.

The distribution of beanies to NSW Ambulance members is being co-ordinated by Margaret Tabone, a senior flight nurse at NSW Air Ambulance Mascot Airport.

Sue has now passed on baby beanie responsibilities to Annette and has begun to tackle a new demographic of heads in need of warming this winter – the Central Coast’s homeless and disadvantaged peoples.

However, with the current restrictions on movement and contact, she said there was no certainty over when the beanies will reach the desired heads.