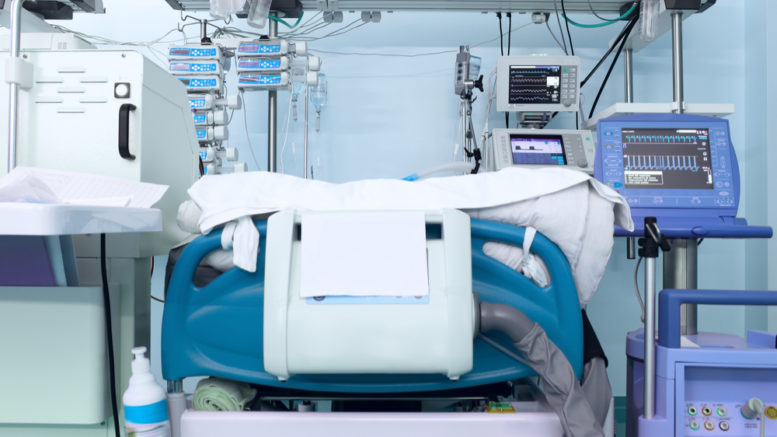 Central Coast Local Health District (CCLHD) CEO, Dr Andrew Montague, says that steps are being taken to ensure that the District’s Intensive Care Units (ICU) are prepared for the event of a patient surge, as the COVID-19 pandemic and the winter flu season collide.

On March 28, Shadow Minister for Health, Ryan Park, called on the Berejiklian Government to take urgent action to increase capacity in ICUs across the State and to provide daily progress reports on this project, following a Medical Journal of Australia (MJA) report which revealed that ICUs across the nation would be exceeded by April 5 if public health measures failed to inhibit the spread of COVID-19.
According to the MJA report, there are around 2,200 ICU beds currently available across the nation, while NSW only has 874 ICU beds available.
According to Park, the numbers indicated that NSW was ill-equipped to deal with a surge.
“Lives are on the line right now.
“Our ICUs are weeks away from being swamped by COVID-19,” he said.
“There are now 145 people in NSW with cases of COVID-19 who don’t know how they contracted it as of March 28.
“Person to person transmission is already happening.
“Our health system must be better prepared.
“The NSW Government needs to have a plan to increase capacity in ICUs across the State.
“They must develop and announce a plan as soon as possible.
“This is a matter of life and death,” Park said.
On March 17, the NSW Government announced its $2.3B stimulus package which allocated $700M to NSW Health.
Doubling the state’s ICU capacity was a key outcome of that funding.
While he could not comment on the preparations of other Local Health Districts, Dr Montague said that planning to increase the CCLHD’s overall capacity in the wake of COVID-19 was already underway, with the virus’s clinical management continuing to evolve as evidence continues to emerge.
Dr Montague added that the CCLHD has also implemented changes to non urgent surgery as part of its response, including working with clinicians to prioritise surgery cases, which will include the rescheduling of some cases to allow the District to enhance its intensive care capacity.
“This move will free up staff working in or supporting our operating theatres to immediately undertake more specialised training so that they can be redeployed to work in intensive care or other critical care areas.
“The aim is to initially double our current intensive care capacity and then expand if required,” Dr Montague said.
“The District currently has 20 operational intensive care beds, its usual level of available beds, and surge capacity is more than double this number,” Dr Montague said.