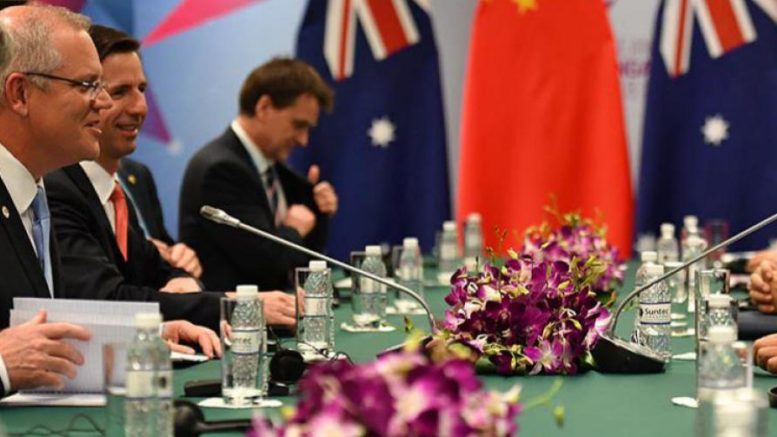 [Editorial] The irony of the greatest ever state intervention in society, led by a Liberal government is not lost on most people.

The Liberal-National Party (LNP) coalition has long championed the case for smaller government – less tax, less spending, less intervention in business and people’s lives.
(Remember the NBN multi technology mix that was to be faster and cheaper compared to the ‘socialist’ gold plated full fibre NBN.)

In July last year the government drove a $158 billion three-part tax cut through the Senate, courtesy of an opaque dalliance with Jacquie Lambie, and by mid-February this year, Treasurer Frydenberg was poised to deliver more tax cuts, armed with Australia’s first budget surplus in over a decade.

Six weeks later and the hastily formed National Cabinet has virtually taken over the payroll of the whole country – $1,500 per worker, per fortnight, plus a return to businesses of all PAYG tax withheld on workers’ wages.
It has also temporarily supercharged payments to many people not working – pensioners, jobseekers, students, veterans and so on.

In its efforts to be equitable, the LNP has literally carpet-bombed the economy with handouts – a total coronavirus economic safety net of $214 billion, a massive 11 per cent of Australia’s annual gross domestic product (GDP)

The NSW State Government has also chipped in with billions in health spending and a waiver on payroll tax or, for companies too small for payroll tax, providing $10,000 apiece.

AFR financial journalist John Kehoe describes it as a deliberately engineered recession to save lives, leaving us with a Scandinavian style ‘mixed economy’ or welfare state with government spending likely to be more than 50 per cent of the economy.

In short, it is a form of short-term nationalisation of our country’s modes of production, where businesses still own assets but are essentially operating on State-fed life support.

Out in the streets, people are … wait, there are no people out in the streets.
They have been ordered to stay at home and keep more than a sneeze-spray away from each other.

Local halls and tennis courts are padlocked, and police patrol suburbs checking if people have a legitimate reason for being out.

Its eerily quiet. Who asked for this fictitious, Orwellian world that has suddenly become our reality?
We did! In fact, with one or two exceptions, we all demanded it.

And the champions of small government set aside ideology and delivered it.
Why? Presumably because even the most liberal-minded, sentient beings recognize that collective action is sometimes needed.

Should we fear the beast?
Perhaps. No doubt, there will be much time spent in coming months appraising the government’s response, dissecting every decision, searching for hidden agendas – all with the benefit of hindsight and information not available to authorities at the time.

One thing the Australian and NSW government (and the independently run Reserve Bank) should not be criticised for will be the speed and decisiveness with which they acted.

But one thing we must to do at some stage is try and make sense of it all – to consider the implications of this huge shot from the anti-viral economic EpiPen.

First there are the immediate questions.
How long should the shutdown be maintained?
Should there be an abrupt withdrawal of all stimulus in exactly six months once the risk of widespread systemic failure is over?

Will it choke off the recovery?
Assuming the virus will still be with us then, what level of new infections, or deaths, might be considered tolerable?

One of the clever aspects of the government’s stimulus measures is that it was given effect quickly and simply through the existing tax, welfare and banking systems via the ATO, Centrelink and the RBA respectively.The flip side of this is that it can be withdrawn just as quickly and simply. Or can it?

Will it be as simple as flicking a switch and snap-back the whole economy?
In all likelihood, there will be many businesses that have shut their doors for good.

Others may have had their supply chains permanently broken, or themselves be part of a broken supply chain where end customers have made other arrangements.

It may take years for many businesses to see sales return to normal levels while the deferral of costs or loan payments for six months may create an even bigger problem down the road.

Then there are the negative “wealth effects” of share market losses, or where business owners have diluted the value of their equity with desperate capital raisings.

All of these things will make it politically unpalatable to withdraw the stimulus quickly, especially if the unemployment rate becomes stuck at 10-15 per cent or more.

Throw in a structural increase in spending for hospitals, schools, mental health and domestic violence support and funding for local government and it would seem our big government may be here to stay, or even get bigger.

It begs the question: Will Scomo be remembered as Australia’s greatest ever communist leader? 🙂

It is then that some of the harder, deeper questions will inevitably be asked?

Like, who’s ultimately going to pay for all that stimulus?
If we monetise this stimulus (print cash), will we debauch our currency? Or create a massive house price bubble on the other side?

Do we need to restrict global movements of people and products?
What is the right trade-off between safety and civil liberty?
Why don’t we just let businesses fail? (That is what capitalism is all about after all.)

Are some businesses, or banks, too important to let fail – businesses like Qantas, or the Commonwealth Bank? Should the strong be allowed to devour the weak?
Or should they just be (re)nationalised? (They were both government-owned once.)

And finally, did our lust for free trade and globalisation weaken our economic resilience?
Should we now build a stronger, diverse economic base through industry support and ‘buy local’ schemes?
In short, what will the new economic order look like?

As suggested above, many of the answers to these questions may depend on the speed of recovery.

Indeed, many are now forecasting a decade-long, 1930s style depression.
This seems unlikely (The Depression was, in part at least, compounded by the Gold Standard which caused a monetary tightening right at the time monetary stimulus was needed), however anything but a quick V-shaped recovery means attempts to withdraw the stimulus will be difficult.

The other part of the answer may depend on who controls our national savings – the pool of capital that will inevitably be needed to recapitalise and reboot our economy.

And that, in turn, leads us to Australia’s large Industry Superannuation Funds.

Super Funds may be under the pump at the moment, but make no mistake, they are extremely well-run organisations and, for the most part, deeply socially-minded.

Because the SIS Act (1993) that governs Super Funds prevents them from leveraging their portfolios, they can lose money from time to time, but they cannot “blow up” due to debt.

Some will suffer liquidity challenges as members switch options or access their savings under the Prime Ministers economic salvation package, but this will only lead to the larger and more liquid Funds absorbing the smaller ones.

It might create angst for some that, in addition to “big Government”, we may now have “big Super” directing our future but, considering the alternative, it may be better to focus our efforts on how we ensure those two entities are held to account. A politburo perhaps?