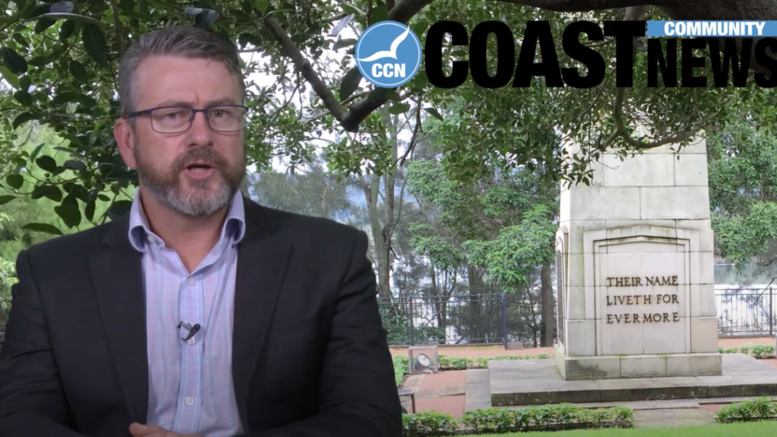 As at 8pm on Sunday, Central Coast Local Health District had recorded 118 confirmed cases of COVID-19, 96 of which have now been released from isolation. That’s just 22 reported cases now in isolation, with just two in hospital.

There have been almost over 6,500 tests carried out on the Coast.

And naturally, the focus of community discussion has turned to when the shutdown restrictions might begin to be relaxed.

One of the first areas of focus is schools and NSW Premier, Gladys Berejiklian, has revealed more details about her government’s staggered return to school.

The Premier announced at her Tuesday press conference that children will be able to return to school campuses for one day a week from May 11, with plans to increase the number of days that they can be onsite throughout Term 2, with the goal being a return to full-time capacity by Term 3.

We spoke earlier today to Terrigal MP and parliamentary secretary for the Central Coast Adam Crouch.

Thank you Ross, Central Coast Council has signed up to a special Award system aimed at guaranteeing job security for Council workers during the coronavirus pandemic.

This award appears to fill the gap from the JobKeeper Scheme which doesn’t cover local government workers.

Council will then seek to offer workers alternative duties, but once these options have been exhausted, workers will then be eligible to access a Job Retention Allowance of $858.20 per week for 13 weeks, or until Council is able to provide them with useful work, whichever occurs first.

And Council CEO Gary Murphy this morning said that while Council have signed up to the Award, they have not yet implemented it.

Now most of you will be aware that global oil prices have been in freefall in recent weeks in response to the fall in demand around the world.

Last night, the oil price fell further to, wait for it, minus $7 a barrel.

That’s right, with nearly every storage tank full across the globe – oil producers are temporarily paying refiners to take it off their hands.

But while crude oil might be essentially free right now, that’s not the case at the bowser.

Some retailers like the Metro in West Gosford have slashed petrol price to as low as 80cents, while others, most notably those run by the major supermarkets like these ones down on the Peninsula, still had prices at $1.30 today.

And if you want to check live fuel prices, please visit our website – there’re right there on the home page.

Well last week we reported that former Liberal Arts Minister Don Harwin had resigned his post after being found recuperating at his Pearl Beach holiday home over Easter.

This week, the ABC reported that local ALP Senator Deborah O’Neill had let out her holiday home at Copacabana on AirBNB to visitors.

We understand a preliminary police investigation found no criminal offence had been detected.

The NSW Shadow Treasure, Walt Secord however, described the indiscretion as dumb and silly.

This is what Adam Crouch had to say.

This weekend is Anzac Day, but it promises to be a very different type of Anzac Day given the shutdown of pubs and clubs and restriction on social interaction.

RSL NSW is calling on Central Coast residents to honour the sacrifices of the nations service men and women by taking part in a dawn service from the safety of their homes and driveways.

And it’s that anzac spirit that’ll carry us all through this pandemic. Stay safe and we’ll see for Friday 5@5.

A big prize that didn’t slip ‘Through The Cracks’