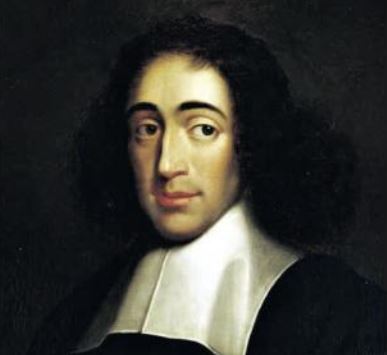 Baruch Spinoza was the subject of discussion at the Woy Woy philosophers.

“I’d like to see the bloody virus get through that!”

It may not have been Robbo’s best idea ever, to meet in the empty Gosford Leagues carpark, but after we’d arranged all five of our Toyota Hiluxes into circular formation (just like General Custer), we really did feel quite invincible.

No one was more excited to be outdoors than Boof’s new brown foxy who just barked and barked.
“Nice new foxy, I didn’t know they came in brown?” we said.
We all bumped elbows, which was apparently the acceptable alternative to handshaking now, but it all felt like a conspiracy to me – I mean why was the government encouraging us to cough into our elbows one minute and then touch each other with those very same elbows the next?
“I’m sorry guys, but I’m in Iso,” Robbo continued. “I made a sortie to the supa for some sannie but a magpie festered me with Old Rona.”
It took a while to work out what Robbo was talking about but then it became clear – an elderly lady hoarder had tackled him to the ground in Aldi to get the last tub of hand sanitiser, coughing in his face in the process.
“It’s killing me, Joffa, and it’s only been three days.”
“It’s not going to kill you Robbo, it’s just a bad strain of flu and it only kills people who drink Corona.”
“I’m not talking about the virus – I’m talking about being couped up in the house with my wife and kids. We’ve breached our monthly data limit and its only day 3.”
Poor Robbo – his marriage counsellor, with who he had become very close, had closed her doors in the shutdown.
It was hard to hear each other, sitting there in our utes so far apart – indeed, we couldn’t even see Robbo behind all the toilet roll he’d apparently just found and had now packed out his dual-cab with.
“What’s with all the dunny roll Robbo?” asked Thommo.
“Where have you guys been? Don’t you know there’s a toilet paper apocalypse goin’ on.”
“I don’t understand it,” said Thommo. “Why’s everyone fighting over dunny roll, but not over food? Surely, if you run out of food, you won’t need toilet paper?”
“You’re missing the point Thommo,” said Robbo. “It’s only throughs acts of wild, emotional hysteria that one can reach their full intellectual potential. And frankly mate, if you’re dumb enough to prioritize food over toilet paper, don’t come asking to use my loo when the apocalypse hits.”
“Why don’t you just use something else?” asked Johnno. “You know, like Kale or something – my wife stores loads of it in the house and it even tastes like sh!*?”
“We don’t have toilet paper or Kale,” said I. “So we’re using the garden hose to serve as a bidet – we’ve always wanted to be just like condescending French people, and I have to say there’s nothing more natural relaxing than a burst of water across a potentially contaminated backside, even if I do have to run outside with no pants on to use it.”
Everyone went quiet and I realized at that moment that I was no longer thinking but speaking aloud.
“Well, anyway, every cloud has a silver lining,” I offered, changing the subject. “Just look at old Baruch Spinoza – he had all that time on his hands too, back then in the dark ages … and he came up with the spark for The Enlightenment.”
The others needed no elaboration.
Spinoza, the “Epicurean materialist”, had dismissed Descartes notion of mind-body dualism and argued that everything that exists in Nature is comprised of one substance, one reality, and that there was only one set of rules governing it all.
In short, God and Nature were the same thing.
“Then where does knowledge come from?” asked Johnno who, as a good Christian, believed in this higher source.
And so began a discussion about Spinoza and his three types of knowledge.
There was the first type – ‘opinion’.
“Opinion is knowledge – knowledge that we’ve gained through experience,” said I.
“Opinions are like arseholes,” said Robbo. “Everyone’s got one, and they nearly always stink!”
“That’s true my learned friend,” said I. “Opinion was seen by Spinoza as dangerous, something that is passive and lacks rationality, something that can be confused, or manipulated.”
Then, there was the second type of knowledge – ‘reason’.
This type of knowledge came by applying one’s mind to a matter – applying rational thought, you know, cause and effect.
“Exactly,” said Thommo. “It even said I’d be overcome with rationalism on my astrology page in the New Idea this week.”
Finally, there was the third type of knowledge – ‘intuition’.
“What is that all about?” asked Thommo.
“Well, Spinoza said that while rational men are conscious of their desires, they are completely unaware of the causes from which they come. And so, while the understanding of cause and effect is not beyond human reason, the human grasp of the infinitely complex whole is limited by science and, ergo, inadequate for discovering the highest level of truth.”
“A level of truth that is only known by God,” said Johnno with a big, religious grin on his face.
“Intuition, Spinoza says, joins together the essence of God with the essence of the individual – it is the only type of knowledge that gives true satisfaction.”
You guys don’t know nothin’ about satisfaction,” said Boof, who always liked to chime in late to a discussion. “I ran outa dunny roll two days ago, and that’s why my new brown foxy is actually my old white foxy.”