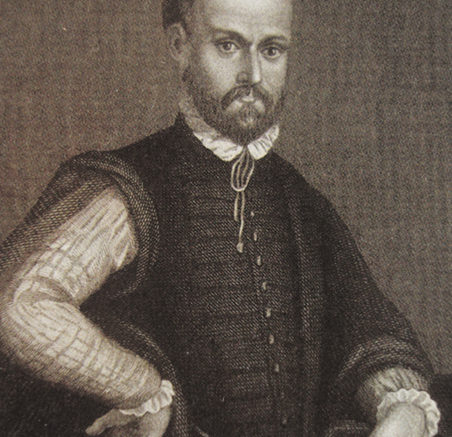 What a comedy of errors. It all started with Boof’s winning goal for the Mariners last week and ended with him being elected to Council.

He only went into Council to object to a heritage order issued on his 1920s outdoor dunny.
But having left his glasses at home, he finished up signing the wrong form, inadvertently enrolling himself as a candidate, and woke up on Monday to find that he’d won the local election in a landslide.
Everyone took the view that no one else could “bend it like Boof”.
“I thought it was a petition to ban people from banning progress” he explained.
“That’s all well and good,” said Robbo, “but what the f*** are you gonna do now, Councillor?”
Robbo’s method of inquiry was not as Socratic as he liked to think – not much subtlety to it.
“Well, I was hopin’ you fellas could help me out, you know, with some philosophical thinking” he said as we sat around in the Chamber, cracking open a few Six Strings.
“For Christ’s sake Boof,” said Johnno, “Its Council – its’s no place for thinking.” We always giggled when Johnno blasphemed.
“What about Machiavelli?” said I. “He knew a bit about politics.”
“Naagh … yeah,” said Robbo. “He wrote ‘The Prince’ as a present to Lorenzo de Medici, Duke of Urbino, back in 1513 – to show him how to act like a complete …”
“… statesman, yes, we know Robbo,” I said. “But essentially it was about dispensing with the abstract Christian and Platonic notions of “the truth” in favour of taking what is true to be that which is most expeditious.”
“You mean most likely to keep you in power?
“Exactly, he who neglects what is done for what ought to be done, sooner effects his ruin than his preservation.”
“Did Machiavelli say that?”
“No, Tony Abbott, over at the Hardy’s Bay RSL a few weeks back.”
We all chuckled at that – we knew Tony Abbott was just a sweet, little puppy when it came to real politics, 1500s-style.
You see, it was a tumultuous time then, in that part of the world, as Popes mostly waged violent, acquisitive wars against the Italian principalities or ‘city-states’.
And poor old Lorenzo did not inherit his Principality by birth – no, he’d come into anew … just like Boof.
“The first step for a new Prince to establish power,” I recalled, “is to base yourself in your new seat of power … don’t try and rule from afar.”
“Does that mean Boof has to live in Wyong?” asked Thommo.
“Yes, which is all good because his Nanna has a flat there, but I’m afraid he’ll have to destroy the city first … if a prince doesn’t destroy a city, he can expect to be destroyed by it.”
“We can’t destroy Wyong,” said Johnno. “It’s too big … and that’s where most of Boof’s supporters are … all the disillusioned Mariners fan.”
“Ok, well let’s just destroy San Remo then, as a warning, just like Darth Vader did with the planet Alderaan.”
Everybody nodded – that made much more sense.
“The second step is to indulge the lesser powers without increasing their power”.
We contemplated that in silence for moment.
“How about we build a giant pelican at The Entrance for everyone to marvel at and climb over and have their photo taken with … anything to divert their gaze from Boof’s seat of Power?”
Perfect. So far, so good – it was great to see the Society’s deep thinking in full swing in the midst of a crisis.
But then came the hard part.
“What do we do with the powerful people?”
“Well that’s step three,” I said. “Which is to put down all the powerful people – It’s what Alexander the Great did to great effect.”
“What do you mean put them down?”
“It’s obvious,” said Robbo. “We have to kill them … all of them … and anyone related by blood … with blunt knives.”
“That could get a bit messy. Do we really have to kill their families too? Shouldn’t Boof be trying to earn respect and solve everyone’s problems?” I asked
“Don’t be ridiculous,” replied Robbo. “Machiavelli said if an injury is to be done to a man, it should be so severe that the Prince is not in fear of revenge. Misery is one of the devices that enables a new Prince to rule.”
We discussed it further and realized that Boof himself was related by blood to many of the powerful people of the North.
Much to Robbo’s annoyance, we decided we’d just give them all a very stern talking to, while showing them a picture of a blunt knife.”
The final step in the Machiavellian play book was to build an enduring political structure and prevent any foreign power from gaining reputation.
“How do we do that?” asked Thommo. “By demonstrating the values of justice, temperance and wisdom?”
“No, through deceit, despotism and duplicity of course.”
“But how do we keep it going?”
“I’ve got it!” shouted Thommo. “Consultants … consultants are the solution to everything. They are the most professional people on the Coast, or better still from Sydney.”
“But what do they actually do?”
“Nothing of course. That’s the wonderful thing about them. Nobody that can do nothing quite as professionally as they can. If we make the terms of reference of their assignments ambiguous enough, they can spend years working out what it is their meant to work out.”
“It’s beautiful,” I said. “We can get Boof to effectively outsource his way through a whole three year term. What do you think Boof?”
But Boof, who always like to chime in late in a discussion, was busy rifling through some drawers.
Suddenly he cheered and held up a folder.
“Heritage Report,” he said, tearing it up into little pieces.
“Hold off on those consultants Joffa – I think my work is done here.”