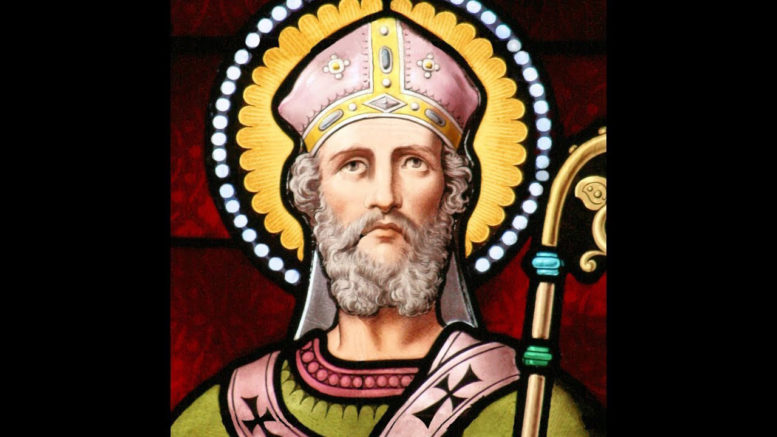 “I wish I’d been born in 1000 AD”, Robbo said while looking wistfully out over Brisbane Water.

“Gosford was a thriving metropolis back then, with hanging gardens, bustling markets, craft beer stalls, public floggings and schools of people sitting around on cushions, listening to great philosophers like us.”
“Mmmm … I dunno Robbo,” I said.
“I don’t think there were any philosophers then.
“Logic and science couldn’t compete with miracles and heavenly revelations.

“There’s a big gap of 1,200 years from the time Constantine became a Catholic until Descarte came along, the so called Dark Ages.”
Thommo looked baffled – he’d always thought the “Dark Ages” referred to the period since the Mariners won the flag in 2012 until now.
We were in fact, at that very moment, in Central Coast Stadium waiting for the kick-off in the Mariners game against the Newcastle Jets.
Soccer was Thommo’s thing – the rest of us were Lions of course – we just went along to give him moral support.

We found our usual spot right behind the players bench where we could interact most effectively with the Video-Assisted-Referee … just in case he needed our help with any decisions.
“What about St Anselm?” said Johnno, all of a sudden.
“He was a famous philosopher during that period.”
“You mean the guy that invented condoms?” asked Thommo.
“Not Ansell, my dear dumb-arse friend,” said Johnno. “St Anselm, the Benedictine monk who became the first Archbishop of Canterbury.”
“He was a theologian, not a philosopher,” said I.
“He was both,” replied Johnno.
“He wrote ‘Poslogion’ which, as you well know Joffa, was a neo-Platonic perspective on the Christian faith, a reasoned proof of the existence of God if you will.”

“You mean like a mathematical proof?” I asked.
“Good God, no Joffa.
“Mathematics is a just a set of empty prophecies.
“As Augustine of Hippo said, mathematicians have made a covenant with the devil to darken the spirit and confine man in the bonds of Hell.”
“Well, how then did he prove the existence of God?”
“Pretty simple really,” replied Johnno.
“We all know that there are things that are “good”, you know like craft beer and watching rugby.”
“And keeping pet fish,” Thommo thought aloud.
“Yes Thommo. You see, even an ignorant atheist like you understands the logic.”

“Now, we also know there are varying degrees of goodness …” Johnno continued, “… and so it follows there must be some standard by which we judge the relative goodness of all things, something that is supremely great.”
“You mean like Six Strings or the Hilux Rugged X?”Thommo asked.
“Yes”, replied Johnno, “only even greater than that.”
Thommo looked doubtful there could be such a thing, but Johnno pressed on.

“God is that entity – an entity of ultimate, supreme greatness.”
“But how does that prove he actually exists?” said I.
“Because if he didn’t exist, some other bloke could come along whose every bit as supremely great as God but who does exist, which would make him even greater than God.”
We tried to make sense of this but we were distracted just then by a goal to the Jets.

“What did Anselm do with all that knowledge.”
“Well, he exported Christianity to England with the Norman King, William … and he tried to ban slavery … and sodomy.
“He also led the ‘Make God Great Again’ campaign, you know, to gather financial support for the Crusades.”
We all sat in silence after that.

Some time later, deep into the second half, the Mariners’ Matty Simon elbowed his way through the Jets’ defence to produce an equaliser.
“Johnno,” I asked, “How did Anselm know God was a bloke?
“I mean, if it could be established that a woman embodies more goodness than a man, wouldn’t that same logic imply that God was a woman?”
“Don’t be ridiculous,” laughed Johnno.

“Why else would he have made Adam before Eve?”
“Maybe he was just a first draft?” suggested Thommo.
“I’m a woman,” said Robbo all of a sudden.
We looked incredulously at him.
“I mean I identify as a woman.
“And, I suppose, since I’m having an affair with a woman, that kinda makes me a lesbian.”

“Cool,” said Thommo, “I’ve always thought we should have a lesbian in the Society … two preferably … for diversity reasons I mean.”
Allen Stajcic must have heard us and glanced around nervously.
It was said that he’d been kicked out as coach of the Matildas by a so-called Lesbian mafia.”

Just then, Matty Simon elbowed a Sydney F.C. player in the eye in the box.
The ref initially gave the free kick to Sydney, but the Mariners appealed to him on the basis that the Sydney defender had taken a dive seconds before and that Matty was simply educating him on what being confined in the bonds of Hell was really like.
The ref referred it to the VAR.

At that point, Thommo provided all the verbal support to the VAR he could muster and his efforts were soon rewarded with a reversal of the decision.
With Matty Simon red-carded however, coach Stajcic had no choice but to call upon his most trusted striker – Boof.
Boof quickly threw on his yellow and blue kit, strode out to the box and within moments he was charging in for the shot.

At first, the ball appeared to sail way above the woodwork.
But then, at the last moment, it took a 90 degree turn and dipped in under the crossbar to the wild cheers of the Mariners’ faithful.
It was a marvellous moment – not enough for the Mariners to avoid the wooden spoon of course – but a marvellous moment nonetheless.
“How did you manage to bend it like that?” I asked Boof later. “Was it just pure belief?”

“No Joffa,” said Boof, who always chimed in late in a discussion.
“You see I identify as a mathematician, and if you do the maths, a half empty can of craft beer, duct taped to the side of a soccer ball, struck at the right angle, will make it turn at right angles.
“Ain’t that enough to confine those Jets supporter into the bonds of Hell?”