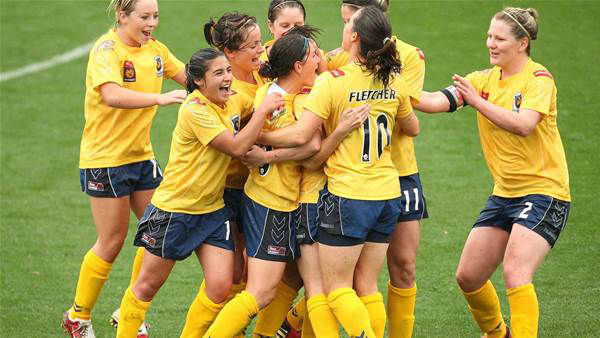 Women’s football teams from around the country are being urged to plan for an end of season trip to the Central Coast by taking part in a Women’s Football Festival at Tuggerah, from October 2-4, with the theme of “Here to Play”.

The Festival will incorporate the first Women’s Football Awards supported by the NSW Government.

It has been put together by Women in Football, a national member based association aimed at advancing and celebrating the role of women in football.

A spokesperson said that the idea behind the Festival is to bring women who play, coach or referee football, who are volunteers, ‘soccer mums’, or who just enjoy the game, together to celebrate the many faceted contribution of women to the game.

“It is a way of women making connections, building new bridges, making new friends, exchanging experiences and, ultimately, helping to have a positive impact on the role of women in football.

The football tournament is a round robin mini tournament that is open to teams from clubs, a region or a state, or ‘made-up’ teams of individuals who would like to take part but are not with a team.

“We all enjoy the Matildas and the W-League, and seeing our own kids play, but this is a weekend for us.”

Women in Football are working hard to encourage more and improved media on women’s football, whether that be in the mainstream or non-traditional media and regardless of whether it’s print or broadcast.

The tournament will be hosted at the Central Coast Regional Sporting Complex in Tuggerah while the Awards dinner will be held at the Mingara Recreation Club.

Separately, in a national football census released on March 11 by FFA, the number of females playing the most popular club based participation sport in the country rose by 11% to 156,893, which is approximately 22 per cent of all outdoor participants, which includes players, coaches and other volunteers.

On the Central Coast, the Mariners advised that 12,158 people in total participated in their school and community based programs in 2019.

In schools based programs, there were 6,634 participants, including 3,938 females or almost 60 per cent.

FFA Head of Football Development, Sarah Walsh, said that the increase in female participation came as no surprise, given the work being done by the national and state governing bodies.

“FFA is committed to increasing diversity and inclusion in football, and we have seen a number of female football initiatives in the past year that have proved very popular,” Walsh said.

Walsh said FFA were aiming for 50:50 gender parity by 2027, and hosting the FIFA Women’s World Cup in 2023 in Australia and New Zealand.

Projects to benefit from new funding