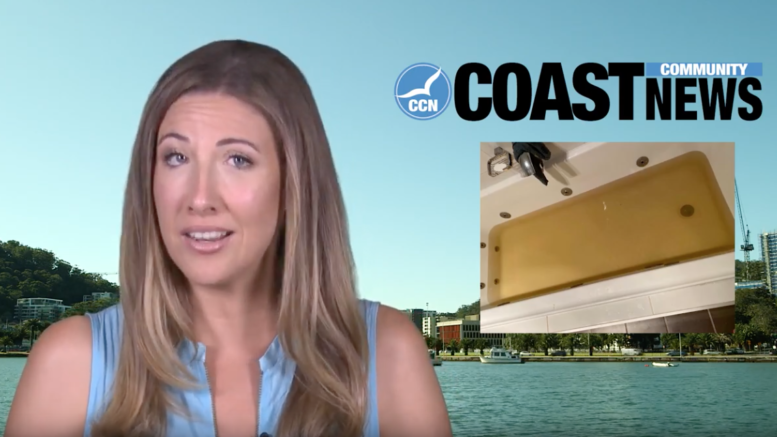 Many people across the southern part of the Coast with brown water coming out of their taps.

Despite reassurances from the Council, many residents remain unconvinced the water is safe to drink or wash in.

We spoke with Council’s Director, Water and Sewer, Jamie Loader, who reassured us there was little to be concerned about.

Central Coast Mayor Lisa Matthews has had a baptism of both fire and floods since assuming the role in September last year. David Abrahams caught up with the Mayor to ask her how the council staff and fellow councillors have been holding up after a tumultuous summer.

And March 8 of course is International Women’s Day and this year’s “Generation Equality” campaign seeks to bring together people of every gender, age, ethnicity, race, religion and country, to drive actions that will create a gender-equal world.

Key goals of the event, among others, are to end gender-based violence; support economic justice, bodily autonomy, sexual and reproductive health and stronger feminine leadership.

Well, a plan tabled with Federal Government late last year by Nuclear for Climate Australia has identified the Central coast as one of many possible locations for the construction of as many as 18 nuclear reactors.

The study cites Eraring, Vales Point and Munmorah given their access to cooling water and existing grid infrastructure.

Central Coast Council have finally released their financial accounts after almost six months of delays. We cross to David Abrahams to unpack some of the main points.

As the number of confirmed coronavirus cases in NSW climbed to 22 yesterday, local Health Authorities have advised residents that online grocery delivery services are available in most areas.

The rush prompted Woolworths to impose a limit on toilet paper packs to ensure all customers have access to the products.

A spokesperson for Central Coast Local District health said it was prudent for households to have a small stock of non-perishable groceries in case households are asked to self isolate.

Meanwhile, the State Opposition has called for hand sanitiser to be made available at railway stations, schools and other major public spaces.

Liliya took out the 500 metre time trial, the scratch race, the Keirin, sprints race and, as you can see here, over-powered her opponents in the gruelling 30-lap Points race.

Avoca Beach played host to elite surfers from all over the world at the Vissla Sisstrevolution World Surf League qualifying event last Saturday.

But he was subsequently defeated by Port Macquarie’s Matt Banting in the semi who then went on the clinch the final.

[show footage of Avoca Beach aerial shot, Ace without sound over GL reading and then Matt Banting with sound – footage from ATG but cut off last with with girl]

The Sydney Roosters have announced their inaugural women’s team for the 2020 NSW Women’s Premiership.

The Central Coast Roosters will be based at the Club’s new high performance facility at Tuggerah Lakes Secondary College.

To coincide with the launch, the Central Coast Roosters have secured Central Real as a major partner of the program during 2020.

Separately, Coast Environmental Alliance is pushing for a moratorium on all developments which have an environmental impact where koala habitat has been identified.

Spokesperson, Jake Cassar, said the group was calling for a halt to the Wallarah 2 Coal Mine until independent studies can take place regarding the koala colonies in and around the area.

And CEA are holding a community rally in Gosford on March 13 to seek public support.

That’s all for this week, thanks for joining us. Please remember to subscribe to our Youtube channel and we’ll see you again next week for 5@5.