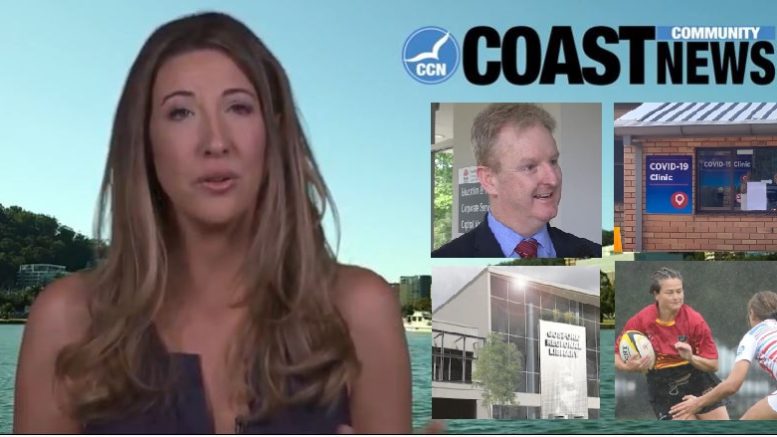 They’re crazy times, but we will endeavour to keep our communication lines open over coming weeks and months.

Central Coast Local Health District announced yesterday that three more local cases of COVID-19 had been confirmed, bringing the total number of confirmed cases on the Coast to five.

Two of the cases, a male and female in their 70s who had recently returned from overseas, were travelling with another woman who had earlier been diagnosed as the second case on the Central Coast.

We spoke with Dr Andrew Montague, Chief Executive of Local Health earlier this week after the second cases were diagnosed.

Two COVID-19 testing clinics have been opened on the Central Coast.

One is adjacent Gosford hospital at 75 Holden Street and its opening hours are 9am-6pm, Monday-Friday and 10am-4pm, Saturday-Sunday.

The other is at Wyong Hospital in Hamlyn Terrace and that clinic is open from 8:30am-5pm, 7 days.

And in other key news, Terrigal MP Adam Crouch yesterday confirmed that NSW schools and public transport will remain open, although he did say health authorities are monitoring the situation daily.

Well on the economic front, the impact of the virus is being deeply felt as the share market continued its sell-off, now down 33 per cent from its highs just a month ago.

On Thursday, Qantas announced that its was grounding all international flights and standing down two-thirds of its entire workforce.

Other industries have also suffered from disruptions to normal business, threatening to plunge the economy into recession.

In response, the government has un leashed a string of economic stimulus measures including an $18 billion fiscal stimulus plan from the Commonwealth Government, a State Government package of $2.3 billion and a raft of monetary policy stimulus including a 25 basis point cut to official interest and a $90 billion term funding facility to support banks to provide low-cost credit to small and medium-sized businesses.

And in breaking news, the banks today announced they will defer small business loan repayments for 6 months, freeing up $8 billion to support borrowers through the coronavirus crisis.

We understand banks may also be open to considering relief on home mortgage payments in cases of hardship.

And we’ll bring you more details on that in coming days.

In Other news Employment Training Australia is making plans to relocate its secondary school college in Gosford to make way for the Council’s regional library and innovation hub planned for its current site at 123 Donnison St.

The college’s current premises are set to be demolished in coming months with construction of the new Regional Library set to commence in 2021,

ET Australia is an independent special assistance school where the majority of students have social and emotional difficulties and have experienced difficulties at other schools.

The Coalition for the Protection of Greyhounds is calling for a major reform of the greyhound racing industry after a dog was euthanised following a meet at Gosford on March 10.

The Covid-19 Coronavirus and the rain combined to ensure there was very little sport played on the Central Coast last weekend.

One group of athletes who braved the wet conditions however was the Central Coast Women’s Rugby team who take on opponents from all around the state in the NSW Country Women’s Sevens Championships at Woy Woy Oval.

Unfortunately, the local team were thwarted in their bid to avenge last year’s defeat by defending champions Newcastle Hunter who went on to win the tournament defeating Central North in the final 12-0.

The Central Coast side defeated Western Plains in the play off for third.

One of the stand-out performances from the Central Coast side was from Elise Conolly who was subsequently named in the NSW Country Dream Team.

Fitzsimmons was also part of the men’s winning K4 500 team.

Dylan Littlehales took out the men’s Paracanoe K1 200 and said he was looking forward to putting it into action once again at his second Paralympic Games.

Mariners behind closed doors at Gosford

In soccer, and the Brisbane Roar handed the Mariners their ninth consecutive loss on Friday night.

It was a competitive match in which a VAR over-rule that granted a goal to Brisbane striker Scott McDonald on the stroke of half time was all that separated the two sides.

The Mariners will now turn their attention to the home game against Melbourne City this Friday night.

In light of the national response to the COVID-19 coronavirus, Football Federation Australia (FFA) has announced that all remaining A-League and W-League games, including this week’s Mariners game, will be played behind closed doors and closed to the public.