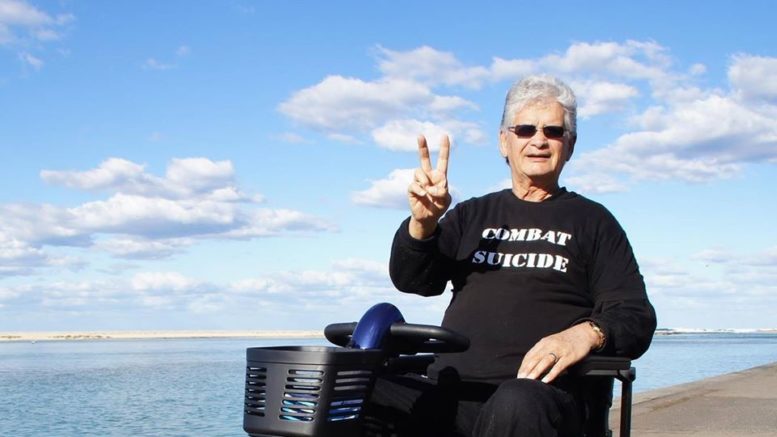 The same words, “respected and remembered”, on local war memorials are synonymous with Clarence Ormsby, the man who was instrumental in establishing the commemorative sites.

That sentiment rang true at Ormsby’s funeral on March 17 at Palmdale.

Manager of San Remo Neighbourhood Centre, Jillian Hogan, said Ormsby was a Vietnam veteran committed to righting the wrongs of the past by acknowledging those who fought in the many wars, those who lost their lives and who took their lives.

A totem pole and plaque to commemorate local Aboriginal and Torres Strait Islander military personnel who served in the Boer War (1899 to 1902) was established in the neighbourhood centre’s grounds.

It was officially commemorated on Remembrance Day 2019.

Ormsby also honoured soldiers who had taken their lives after war and, together with the neighbourhood centre and Rotary Club of Northlakes Toukley, he established the Veterans’ Suicide Memorial for military and civilians at Budgewoi.

An unveiling in the Australia Remembers Grove in Slade Park was held in April, 2019.

Hogan said Clarence was a proud Maori man who felt strongly about both Maori and Aboriginal culture.

“In true spirit of reconciliation, Clarence brought together the rich knowledge of both cultures and people to recognise soldiers on ANZAC Day and Remembrance Day,” she said.

In Clarence’s own words: “We salute all indigenous veterans past and present including their families on this journey of cultural reconciliation on Darkinjung land”.

The totem pole memorial at San Remo Neighbourhood Centre has been recognised with a $2,660 grant under the Saluting Their Service program.

“Clarence was pleased to know, before he passed, that we’d received the grant,” Hogan said.