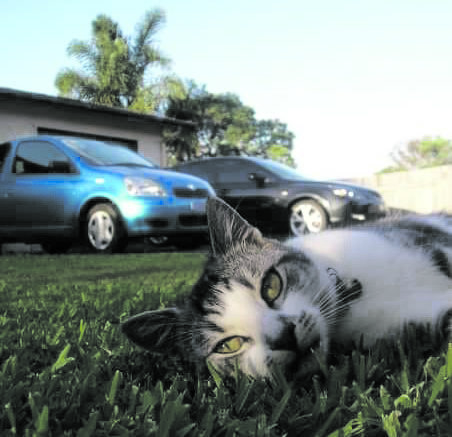 Domestic cats under the spotlight.

Cats of Australia stand accused of killing wildlife and not only do Central Coast Councillors have them in their sights, but they want a unified national approach.

The Council has put forward a motion to the National General Assembly of Local Government that there be a national implementation of a cat curfew.
The curfew would protect native animals, the motion says, “recognising that nationally. millions of native animals are lost, and that state and local borders are no barrier to cats”.

The motion comes a few months after Council agreed to consider options for the introduction of a cut curfew locally to reduce the impact of roaming cats.

That report is due back some time in the first half of 2020.
The only thing that might save the cats from an ugly debate over their right to roam is cancellation or postponement due to the coronavirus of the national general assembly in Canberra scheduled for June 14-17.
Cr Greg Best put forward the motion to the council meeting on March 9, and it was agreed to send it to the general assembly.

She wants the definition of each level consistent in each council area, regardless of whether that area is serviced by a council or by a water authority or water corporation.
Council agreed unanimously to send the two motions by the deadline of March 27 to go on the agenda for the conference.

Mayor Lisa Matthews, Councillors Greg Best, Chris Burke, Rebecca Gale, Louise Greenaway, Bruce McLachlan, Jilly Pilon, Jane Smith, Jeff Sundstrom and possibly Doug Vincent (subject to availability) all put their hands up to attend the event.
It is the 26th annual conference and the theme is “Working together for our communities”.

Funding for councillor attendance forms part of the budget of the adopted Operational Plan for the 2019-2020 year.
Attendance would fall under the Councillor Expenses and Facilities Policy.
Council sets aside $12,000 per Councillor annually in its budget to facilitate professional development of Councillors through programs, training, education courses, conferences, seminars and membership of professional bodies.

“Council is committed to ensuring its councillors are up to date with contemporary issues facing council, the community and local government in NSW.
Provision for attendance at conferences and seminars is provided as part of Professional Development,” a report to the March 9 meeting stated.