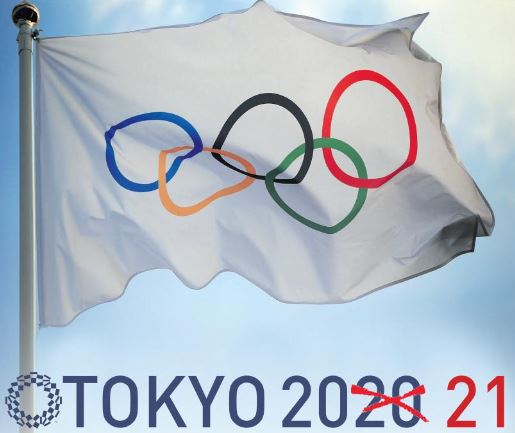 The Olympics in Tokyo have been pushed out by one year.

After weeks of speculation by the sporting world, the International Olympic Committee (IOC) has announced that the 2020 Olympics, due to start in July, will be postponed for up to one year.

The President of IOC, Thomas Bach, President of the Tokyo 2020 Organising Committee, Mori Yoshiro, and the Prime Minister of Japan, Shinzo Abe, held a joint conference call on Wednesday morning to make the announcement.
They expressed their joint concern about the worldwide COVID-19 pandemic and said that, based on the latest information provided by the World Health Organization (WHO), the XXXII Olympiad in Tokyo would be rescheduled to a date beyond 2020, but not later than summer 2021, to safeguard the health of the athletes and the international community.
The decision is a symbolic one – the Olympic Games and the iconic Olympic Flame has always been a beacon of hope to the world during troubled times.
The postponement reflects both the concern over the spread of the virus and the worldwide restrictions on public gatherings.
But it also recognises the fact that it is no longer possible for athletes to continue their training and preparation for the Olympics, including due to the cancellation of major national selection events.
In Australia, the closure of gyms, swimming pools and other public sporting amenities earlier this week has also brought many training schedules to a halt.
It was reported in national media that Australia, Canada and Britain had already advised the IOC that they were withdrawing from the Games and that the decision by the IOC came in response to these and many more countries pulling out.
The postponement will be a mixed blessing for as many as a dozen local athletes, such as high jumper Nicola McDermott, sprint canoeist Riley Fitzsimmons and sailor Tom Slingsby, who had either already qualified or were seeking qualification for this year’s games.
IOC member, Dick Pound, said that stakeholders, from the organising committee, to athletes to broadcasters and sporting federations, would all need to be consulted before a plan for a 2021 Summer Games could be established.
World Athletics said on Monday that they would be willing to move their 2021 world championships, scheduled for August 6 to 15 in Eugene, Oregon, to clear a path for a 2021 Olympics.
While the modern Olympics were cancelled during war years in 1916, 1940 and 1944, and had suffered from Cold War boycotts of the Moscow and Los Angeles games, never in its 124 year history have the Olympics been postponed.