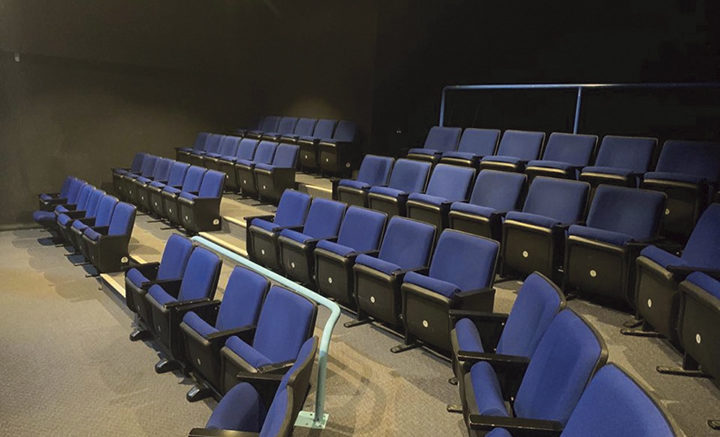 The theatres of the Central Coast have gone dark, with productions planned for coming months canned as theatres and halls around the region closed to the public in recent weeks in view of the coronavirus pandemic.

“Just a few weeks ago, members of almost every local arts organisation, whether community, independent, or youth, were packed into the foyer of Laycock St Community Theatre, all eagerly awaiting the opening performance of Gosford Musical Society’s production of Mamma Mia,” Jopuka Productions’ Artistic Director, Joshua Maxwell, said.
“It was entirely business as usual.
“Perhaps there were fewer hugs, handshakes, and cheek kisses, but there was a general good spirit and nearly full bottles of hand sanitisers sat on each end of the bar.
“I don’t think anyone in that room could have predicted where we’d be two weeks later.”
On March 16, Wyong Drama Group announced the cancellation of its planned ANZAC Tribute, which was to open Tuggerah’s new Red Tree Theatre, followed quickly by cancellation of the group’s planned production of The Full Monty and its One Act Play Festival
Jopuka Productions moved its production of Shrek Jr, a co-production with Central Coast Music Factory, to October, and soon after cancelled its other planned shows – C*ckhead, Short Cuts, Bubble and Two Weeks with The Queen.
Gosford Musical Society’s Mamma Mia was cancelled mid run on March 19, as ever stricter rules on indoor gatherings were introduced by the Federal Government.
GMS President, Ros English, said the group had managed to complete all but four of its scheduled performances and hoped to bring the show back later in the year.
“It was an emotional and difficult decision, but we had no doubt that it was what we had to do,” she said.
“Plans for our remaining shows of the year, Back to the 80s, 42nd Street and Beautiful, will also have to wait until next year.”
The cancellations snowballed as NAISDA cancelled its graduation and Laycock St Community Theatre cancelled many weeks of programming, including a planned Bushfire Relief Concert, as did The Art House, including the national tour of Spamalot.
Woy Woy Little Theatre announced that Ladies in Lavender, Appointment with Death, and the 2020 Flash Festival were all postponed.
President, Christine Vale, said the decision was made on March 17, just ahead of the March 18 announcement that indoor gatherings were to be limited to 100 people.
“Based on bookings, both productions were already popular, so we’ve decided to reschedule them for the same time next year, Ladies in Lavender in May and Appointment with Death in August,” Vale said.
“At this stage, we have not made a decision about the October/November production, Ben Hur.
“We’ll be monitoring the situation over the next few months and keep everyone updated.”
Wyong Musical Theatre Company’s new management announced that they were pushing back their performances of The Addams Family and The Lion King Jr, and the new The Attic Theatrical took its first work, The Good The Bad, And The Very Ugly, a musical concert featuring hits from Disney, online.
Uniting Productions announced its production of You’re A Good Man Charlie Brown would be postponed to a later date.
“Our bustling, sometimes crowded, but always vibrant arts community is on hold,” Maxwell said.
“Costumes still on hangers in one theatre, half-built sets in others.
“It’s surreal.
“We’re not alone of course, this is happening across the world.
“We initially hoped to be back in our venues by late May, but as things progress, it’s looking less and less likely.
“Some think the theatres will be closed until June; some think January, no one can really say for certain.
“Some of us will go digital, releasing online content to help make ends meet, others will just bunker down and weather the storm.
“When this is over, we’ll be facing the major rebuilding of our community and arts patronage.
“We’re in this together and come this time next year we’ll be back in tightly packed foyers.”

Teachers Federation campaigns for the closure of schools