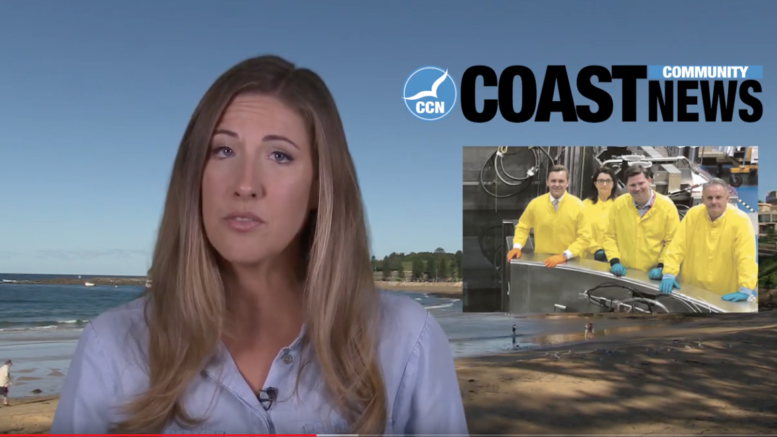 First it was bushfires and then floods. Now, a combination of Coronavirus, falling oil prices and a sickening crash in the share market has increased the risk of an economic recession on the Central Coast. Council, Financials, Gigabit Gosford, Nuclear proposal, Boardwalk Terrigal, Surf Life Saving, Cricket & HG Nelson.

Earlier today, the Australian share market plunged another 8 per cent in early trade, bringing total losses to over 30 per cent, more than half a trillion dollars, in just two weeks.

The primary cause of the crash is the increasing spread of the Coronavirus and subsequent disruptions to travel, trade and supply chains.

Business NSW Regional Director, Paula Martin, said that apart from some product shortages here on the Coast, the main impact so far has been in local tourism and manufacturing.

Yesterday, the Morrison Government announced a set of measures to stimulate the Australian economy, including a $750 cash handout to pensioners and Newstart recipients as well as the repayment of PAYG tax to small business of up to $25,000.

The measures are part of a broader $17 billion stimulus plan.

Georgia, while fear is growing over the spread of the Coronavirus, its important for people not to panic, but to remain vigilant.

Both the Federal and State Governments have released details of their respective Health Plans to slow the spread of the virus and ease the pressure on our medical system, including hundreds of pop-up COVID-19 clinics.

The ABC reported this week that at least one of those will be on the Central Coast.

Last week we reported on the release of Council’s 2019/20 Financial Accounts.

Those accounts have now received sign-off from the Council’s auditor and were approved by Councillors this week.

We spoke with Council CFO Craig Norman following the meeting.

Some more exciting news is the announcement by Council this week that it is working with several providers to deliver CBD businesses 100 Gigabit per second internet speeds via fibre optic infrastructure.

We spoke to Council CEO Gary Murphy about the initiative and he shared with us that Council is partnering with a number of serious telecommunication providers and he was confident the offering will be available within 12 months, starting in the Gosford CBD and running north to the hospital precinct.

Georgia, it might be overshadowed by other news at the moment, but this is undoubtedly a big deal for the Central Coast.

A NSW Upper House Inquiry into uranium Mining and Nuclear Power generation has recommending lifting restrictions on both activities.

Swansea MP Yasmin Catley has vowed to fight the repeal of the legislation, which she says would be the first step toward having a nuclear reactor here on the Central Coast.

The potentially divisive bill was tabled in the NSW Parliament by One Nation’s Mark Latham.

We heard last week from Central Coast Liberal MLC Taylor Martin, who is a strong advocate for the bill, saying new technologies make it perfectly safe.

We spoke this week to energy consultant for Nuclear for Climate, Rob Parker.

Construction is expected to begin on the $5.8 million Terrigal Beach Boardwalk in April after the announcement by Terrigal MP Adam Crouch that the contract to build the boardwalk had been awarded to Land & marine Group.

The boardwalk will run from Terrigal Beach to the Haven and includes integrated seating, lighting and a viewing platform.

The Central Coast Crusaders got Season 2020 off to a flying start at Breakers Indoor Stadium against the Bankstown Bruins last weekend.

The women’s team got out to a flying start and were up by 20 points at the first break, before consolidating to run out winners 81-57.

The men’s team also raced out of the blocks to set up an 80-60 win, Callum Jenkins leading the way with 20 points and 11 rebounds.

Jemma Smith has taken out two gold medals at the NSW Surf Lifesaving Championships at Blacksmiths Beach in Swansea this weekend.

In the open women’s ski event, Smith got off to a crisp start in a light surf to take an early lead on her signature pink ski, before powering her way out the back of the course.

And on the Saturday, the Avoca surf club U15 girls board-riders also took out gold in their age relay, Mia Cracknell powering home in the final leg to cross in first place.

Kincumber-Avoca have secured a spot in 2020 Final of the Coast’s first grade two-day cricket competition with a resounding win over minor premiers Lisarow Ourimbah.

The Magpies pairing of Matt Jones and Blair Lyndsay looked threatening for a while with some patient stroke play.

But Dylan Robertson absolutely tormented the Lisarow batsmen with some probing left-arm off-spin and eventually the wickets started to tumble – first Shepheard for 9 and then Blair Lyndsay for 30 and the Magpies were eventually dismissed for 115.

Robertson eventually finished with 6 wickets for just 16 runs off a marathon 23 overs.

In the other semi-final, Northern Power’s charge to the final came to end yesterday when they were comfortably beaten by Narrara-Wyoming.

Kierin Lawson did the damage for Narrara, taking 4 wickets for just 13 runs off 20 overs before Peter Cross and Mark McLachlan put on a 70+ run second wicket stand to steer the Lions to 3-102 and a spot in next week’s preliminary final.

That’s all for this week, thanks for joining us and before we go – we have some quite dubious breaking news.

We spoke earlier about the renewed debate over nuclear power on the Coast and some of the angst it is causing.

Well two people who “went nuclear” this week were HG Nelson and our own Digital Dave – here they are out on their Central Coast Sellout Tour this week drumming up support.