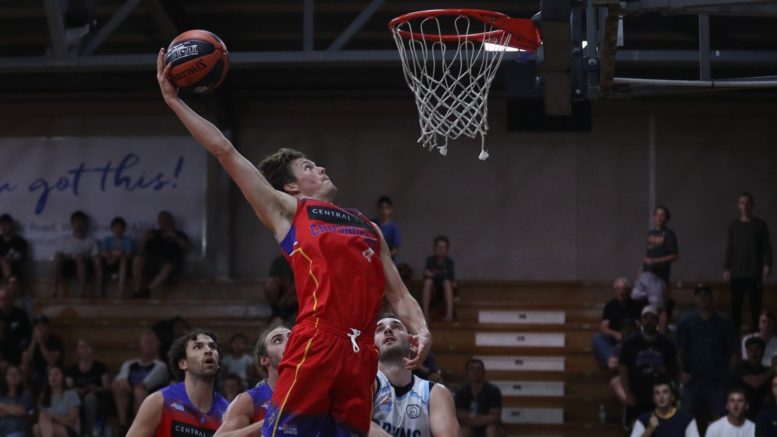 The Central Coast Crusaders got Season 2020 off to a flying start at Breakers Indoor Stadium against the Bankstown Bruins on Saturday.

The womens team got out to a flying start and were up by 20 points at the first break, before consolidating to run out winners 81-57.

The mens team also raced out of the blocks to set up up an 80-60 win, Callum Jenkins leading the way with 20 points and 11 rebounds.

The Crusaders will now travel to Sydney to take on The Hills this week and be back at Breakers to face the Centre of Excellence team on March 21.

Jemma Smith has taken out two gold medals at the NSW Surf Lifesaving Championships at Blacksmiths Beach in Swansea this weekend.

In the open women’s ski event, Smith got off to a crisp start in a light surf to take an early lead on her signature pink ski, before powering her way out the back of the course.

And on the Saturday, the Avoca surf club U15 girls board-riders also took out gold in their age relay, Mia Cracknell powering home in the final leg to cross in first place.

Kincumber-Avoca have secured a spot in 2020 Final of the Coast’s first grade two-day cricket competition with a resounding win over minor premiers Lisarow Ourimbah.

The griffins captain Dan Heuston made a big call winning the toss and sending Lisarow-Ourimbah in on a slow wicket and slow outfield.

And it looked a little dicey when the Magpies got out to 30 runs without loss.

But Dylan Robertson absolutely tormented the Lisarow batsmen with some deft left-arm off-spin and eventually the wickets started to tumble – first Shepheard for 9 and then Blair Lyndsay for 30 and then the tail.

Robertson eventually finished with 6 wickets for just 16 runs off a marathon 23 overs.

And that’s the Magpies second loss in as many games after looking invincible for much of the year – not a good time to hit form slump.

In the other semi-final, Northern Power’s charge to the final came to end yesterday when they were comfortably beaten by Narrara-Wyoming.

Kierin Lawson did the damage for Narrara, taking 4 wickets for just 13 runs off 20 overs before Peter Cross and Mark McLachlan put on a 70+ run second wicket stand to steer the Lions to 3-102 and a spot in next week’s preliminary final.

In the womens T20, Southern Spirit smashed 102 runs off just 10 over to beat Warnervale Blue in the preliminary final.

It was a blazing Cattley-Campbell 100-run partnership that steered the Spirit to victory.

Another week, another demoralising loss for the Central Coast Mariners.

The Mariners went down 3-1 at home to Wellington Phoenix, their eight loss in a row and now sit 5 points adrift of the nearest club at the bottom of the ladder.

The Mariners have now conceded 46 goals in 20 games, making ti harder for coach Alen Stajcic to put each new loss down to bad luck.

Stajcic says morale in the club is low but called for fans to be patient given the potential growth of several U21 players in the squad.

Well that’s all for this week. There’s some big fixtures in Womens Sport next weekend with the Womens T20 Final, the Womens rugby 7s in Woy Woy and the first CC Roosters womens NRL clash against the sharks.

And don’t forget to check out the internet and mobile phone deals on offer from MATE, proud supporters of sport on the Central Coast.

And we’ll see you next Monday with another weekend wrap from Around The Grounds.