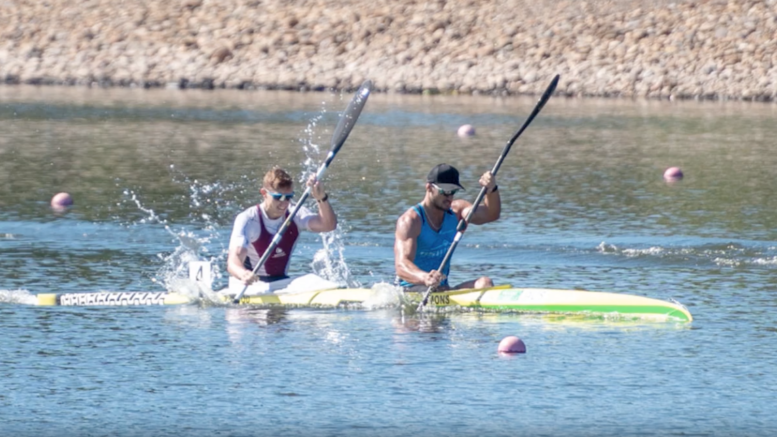 Hi, I’m Ross Barry and welcome to Around the Grounds.

The Covid-19 Coronavirus and the rain combined to ensure there was very little sport played on the Central Coast last weekend.

One group of athletes who braved the wet conditions however was the Central Coast Women’s Rugby team who take on opponents from all around the state in the NSW Country Women’s Sevens Championships at Woy Woy Oval.

Unfortunately, the local team were thwarted in their bid to avenge last year’s defeat by defending champions Newcastle Hunter who went on to win the tournament defeated Central North in the final 12-0.

It was a tough start for the Central Coast who drew Newcastle Hunter in their first match and, despite playing some very high quality rugby, went down narrowly 19-17.

The team then suffered a shock loss to Central North on Sunday morning and had to settle for third, after beating Western Plains in the play-off between third and fourth.

Coaches Michael Burgess and Luke Mack, while disappointed not to make the Final, said they were very proud of the level of improvement from the team and were confident the experience will prove beneficial for the 15-a-side NSW Country Champs later this year.

One of the stand-out performances from the Central Coast side was from Elise Conolly who was subsequently named in the NSW Country Dream Team.

The 2020 Paddle Australia Canoe Sprint Championships have wrapped up with provisional naming of the first Australian competitors to book a place in the Tokyo 2020 Olympics team.

Among those selected were Avoca Kayaker and Rio Olympian Riley Fitzsimmons and Paralympian Dylan Littlehales with nomination is to be confirmed next week.

Fitzsimmons was also part of the men’s winning K4 500 and State vs State K4 500 race teams, both of which also included Avoca’s Lachlan Tame.

And separately, Avoca’s Dylan Littlehales took out the men’s Paracanoe K1 200 in a time of 0:41.57, just 0.69 seconds ahead of rival Curtis McGrath.

Littlehales has shown one of the strongest improvements amongst Australia’s paracanoeists over the last four years and said he was looking forward to putting it into action once again at his second Paralympic Games.

In the U18 events, local paddler Fletcher Armstrong was prominent among the medals.

And that’s a name we’re going to be hearing a lot in coming years.

Well, in an eerily quiet match played at a near-empty at Suncorp Stadium, the Brisbane Roar handed the Mariners their ninth consecutive loss on Friday night.

It was a competitive match in which a VAR over-rule that granted a goal to Brisbane striker Scott McDonald on the stroke of half time was all that separated the two sides.

That wins extends the Roar’s unbeaten run against the Mariners in the A-League to 18 games and the Mariners will now turn their attention to the home game against Melbourne City this Friday night.

In light of the national response to the COVID-19 coronavirus, Football Federation Australia (FFA) has announced that all remaining A-League and W-League games, including this week’s Mariners game, will be played behind closed doors and closed to the public.

The rain played havoc with the cricket this weekend.

In the Women’s T20, minor Premiers Northern Power Orange have been named overall premiers after rain forced the cancellation of the Season Final against Southern Spirit.

The game was initially deferred to Sunday, but with rain continuing to fall, Southern Spirit eventually conceded.

This is Powers’ first premiership and, while it’s a disappointing way to lose for Spirit but it must be said that Northern Power Orange have been the dominant team all season, losing only one game all year.

There was also no play possible in the men’s two-day preliminary final which means that Narara-Wyoming bow out of the premiership and Lisarow-Ourimbah will face Kincumber Avoca in the season Final this weekend in a rematch of the major semi.

That match will kick off on Staurday at 12:30pm at Baker Park.

Fighting COVID-19 – one winter woolly at a time