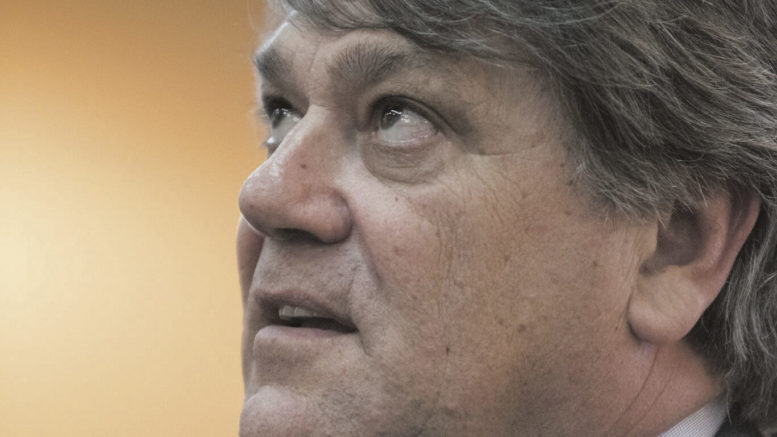 Central Coast Councillor, Bruce McLachlan, has labelled a Bill tabled in State Parliament which would ban property developers and real estate agents from being elected to local councils as “undemocratic” and “discriminatory”.

Introduced on February 27, the Local Government Amendment (Disqualification from Civic Office) Bill 2020 was drafted by Labor Shadow Minister for Local Government, Greg Warren, and will be debated in Parliament later in 2020.
Shadow Special Minister of State, Walt Secord, said it had been Labor’s policy for years to ban property developers and real estate agents from being elected to NSW councils.
“Communities expect the highest level of accountability and integrity from their councillors and mayors,” he said.
“This is the government’s chance to put up or shut up when it comes to ensuring transparency and community trust in local government.”
But Cr McLachlan said councils could do with more candidates from performance based business backgrounds.
“Maybe something might get progressed, instead of the endless talkfest and party politicking, with no community outcomes,” he said.
“I find it humorous that Labor would use rhetoric that the community deserve the ‘highest accountability and trust’ against estate agents, just days after I called for our own Central Coast Labor Mayor to face a Vote of No Confidence, following public outrage against an alleged fake social media rant.”
Cr McLachlan said the legislation was unlikely to be passed.
“Apart from the obvious discriminatory issues, the reality is that agents are well down the line in the DA process,” he said.
“Lawyers, town planners, architects, designers, surveyors, engineers, builders and tradies, etc are more involved in the DA process than the agents, who sell or lease the finished products.
“Pecuniary interests must be declared, regardless of the profession, so this is just a politically based push, aimed at popular candidates like myself who have strong community ties, that threaten the political party status quo.
“It is an undemocratic move.
“As a local estate agent, I was the first councillor ever on the Coast to be elected under the line, with no party or group preferences, voted in on my own name and reputation, on first preferences.
“I won the pre poll for The Entrance Ward, yet Labor claims I have no right to represent ratepayers.”
Cr McLachlan said he had been approached to form a Community Based Sensible Centre McLachlan Independents’ Group, to run in all wards, and break the party politics impasse that has “held the Coast back for decades”.