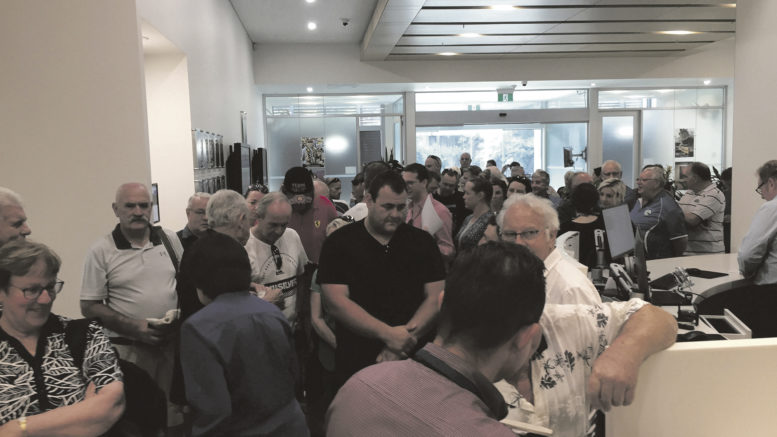 Central Coast Council is cracking down on security, with all future meetings to be held at the Wyong chambers.

A confidential report was discussed behind closed doors at the February 24 meeting. The decision was made to hold meetings at Wyong and to only hold councillor briefings at the Gosford offices.

The council will also introduce more stringent measures in managing the public gallery if safety concerns continue.
Anyone wanting to attend council meetings in future will be required to sign-in in person on the day of the meeting.

Registration will be open from 4pm at the scheduled Council Meeting location. The public gallery space will be closed once capacity is reached.
Community members requesting to speak at the Public Forum, held from 5-6pm before each Council Meeting, are required to lodge a Request to Speak Form no later than 10am on the day of the meeting.

Only approved pre-registered speakers will be able to address Council.
Meanwhile, the State Government’s Minister of Local Government will be asked to look at the model code of conduct in relation to adverse social media use.

The minister will also be asked to look at the deliberate distribution of misinformation by councillors both inside and outside the chamber.
Because the report was debated behind closed doors, the public does not know what debate took place before the councillors adopted the above resolutions, nor how the councillors voted.

The issue flared after Councillors Greg Best and Bruce McLachlan put forward a notice of motion for the February 12 meeting to get immediate funding for designs for a breakwall at The Entrance Channel.
Residents from The Entrance attended the meeting at Gosford and were vocal in their condemnation of the lack of action on a solution to lake issues.

Councillors were heckled when they spoke and the Mayor was verbally abused by one resident, who later publicly apologised.
The gallery loudly clapped those they supported and groaned or jeered the others. Speakers on other topics at the public forum were heckled and interrupted with smart comments.

The issue escalated with Councillors Best and McLachlan putting up a motion for the next meeting, calling on the council to back calls to sack the Mayor, Lisa Matthews, citing community unrest over the council’s handling of opening of The Entrance Channel. Social Media posts called on the public to turn up in droves to show their outrage at Council.

Council called for calm in a press release the day before the meeting and introduced new measures for managing the public attendance.
The people who attended the February 24 council meeting were asked to sign in on a first come, first served basis, which saw about 20 queuing for entry before the doors opened at 4pm for a 5pm public forum.

Council had said that they would not open the overflow room, but changed their mind, and about 35 people used that room after the main chambers, which seats about 90, was close to full. The council has held a majority of meetings at Wyong chambers after a huge crowd turned up at the Gosford chambers in 2018 to watch debate, also about dredging, but this time dredging at Ettalong, and could not be comfortably accommodated.

An upgrade to the security arrangements at the Gosford chambers was undertaken after councillors felt unsafe at that meeting and it was late 2019 before meetings were again held at both Wyong and Gosford.
At the November 26 meeting in 2018, Cr Matthews, who was not mayor at the time, said she would no longer tolerate heckling by the gallery at Gosford and she did not feel safe there.

She was supported by Cr Best who said the gallery was close.
He also spoke about fire safety, exits and parking.
Cr Kyle MacGregor said he had been physically threatened during some debates.

At that same 2018 meeting, Cr Chris Holstein said he wasn’t sure how residents would accept that all meetings be held at Wyong, which would disadvantage the south.

He was not at the meeting on Monday night, nor was Cr Gale.