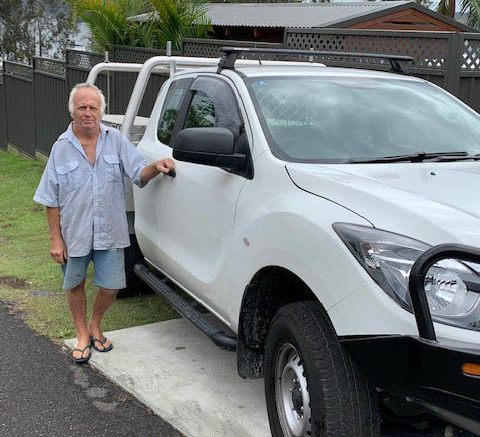 Central Coast Council has reassured residents that weighbridges at its waste management facilities are regularly maintained and calibrated, following concerns raised by Green Point resident, Ron Clark, who says staff attempted to charge him $27 for dumping no rubbish at Kincumber tip.

“On March 8, I loaded up my ute with a load of broken up and dried concrete and headed for Kincumber tip,” Clark said.
“I drove through the weighbridge, but when I saw that the cost was close to $130 a tonne to dump, I thought better of it.
“I decided to not unload, but to drive to a concrete recycling facility at Wyong, where I knew the fee would be less.
“So I just turned around and headed back out via the second weighbridge.
“But when I got to the window, the they tried to charge me $27 for unloading nothing.”
Clark said he refused to pay and after some discussion left the tip and headed for Wyong, where he was able to dump his concrete for a fee of $40 a tonne.
“I was concerned because staff seemed to be under the impression that I had unloaded something,” he said.
“But if the weighbridges were calibrated, it should have shown me at the same weight going out as coming in.”
Clark said his worry was that if the weighbridges are not registering correct weights, other residents could be being overcharged for dumping household waste.
But a Council spokesperson said all weighbridges were “regularly maintained and calibrated in accordance with standards.
“Council’s waste management facilities have standard gate fees for different types of waste,” the spokesperson said.
“The price is charged per tonne and there is a minimum charge for a transaction.
“If a customer doesn’t drop any material off due to changing their mind, and there are no services rendered, they won’t be charged a fee.
“If (Mr Clark) would like to contact our customer service centre and provide details of their vehicle registration, date, and time of entry, Council staff can review the situation.”