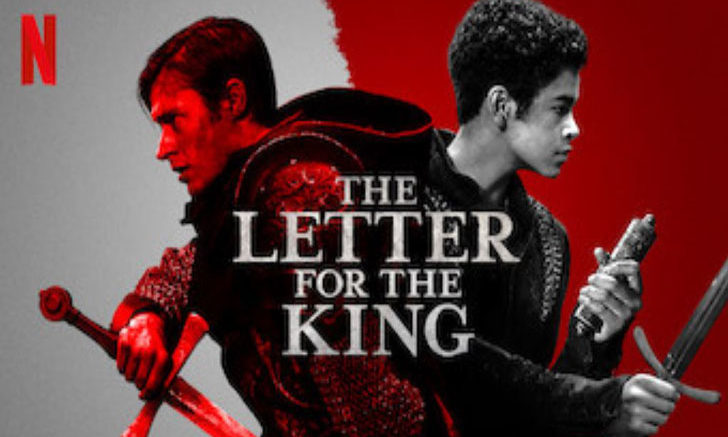 With all Central Coast cinemas and theatres closed and many parents keeping their children at home and (hopefully) out of the reach of the COVID-19 virus, it seemed fitting to turn our critical eye to the list of young adult Netflix newbies.

I quickly passed over “Pandemic” and instead went for “The Letter for the King”, a six-part coming of age adventure series inspired by the Dutch novel De brief voor de Koning (Tonke Dragt).
It has been described as a family-friendly, junior Game of Thrones.
It has all the same faux-medieval trappings – tunics, mead, lavish jewels, heavily walled citadels set amidst snow-capped mountains – but the plot is simpler and the violence heavily sanitised.
A young knight contends with ancient prophecies, magical powers and fickle companions as he sets out on an epic quest to save his medieval kingdom.
Sound good?
Well it gets even better, if not less predictable (who wants to reinvent a perfectly good genre anyway?).
At the beginning of the first episode we hear of prophecy about a hero rising up against darkness.
Two kingdoms in the north, Unauwen and Dagonaut, wage war against a less civilised one to the south – Eviellan.
Tiuri (Amir Wilson), the stepson of a great knight, adopted from the land of Eviellan, faces deep prejudice and racism.
In the midst of his knighthood qualifications, Tiuri aids a dying knight, who entrusts him with a secret letter that must be urgently delivered to the king.
Bound by his own personal honor, Tiuri sets off on his quest, and in the process partners up with street-savvy Lavinia (Ruby Ashbourne Serkis), the daughter of a mayor from an impoverished town, who dreams of leaving her tiny village.
A clash of ideals develops between the noble, quick-to-trust Tiuri and savvy, cynical Lavinia, who initially turns him in to corrupt nobles for a reward.
Eventually however, the two become entwined in their quest and a growing mystery of Tiuri’s past and the voice in his head.
On their trail are Tiuri’s former knighthood class including the cocky Jussipo (Jonah Lees), chivalrous Foldo (Jack Barton), cunning Iona (Thaddea Graham), and snivelling Arman (Islam Bouakkaz), with Jussipo’s younger brother also tagging along.
What neither they, nor the people of Unauwen and Dagonaut know, is that the young Prince Viridian of Unauwen is busy massacring the Shamans of Eviellan.
What happens in Eviellan stays in Eviellan.
That is, until Viridian brings to the power he has taken from the Shamans to his kingdom, an evil essence known as “The Darkness”.
It is only then do we discover whether Tiuri’s oddities are just the quirks of a young Eviellan, or whether he possesses the power and the courage to stand up to The Darkness.
There series runs over six episodes: