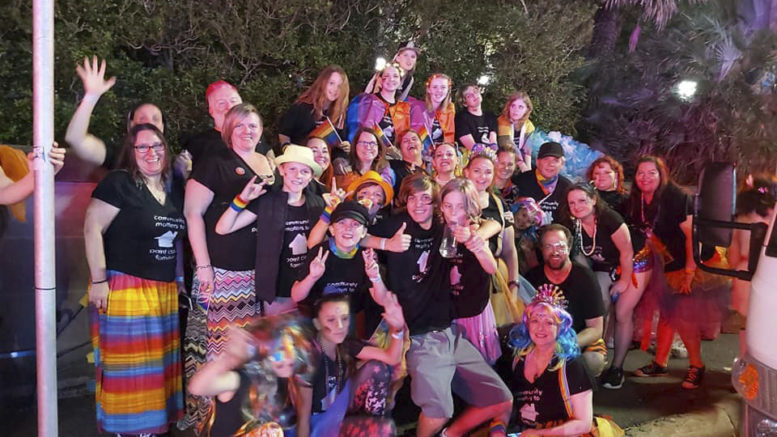 Living all over the former Gosford LGA, but predominantly at Point Clare, Tascott and Koolewong, Point Clare Families is a community group made up of all sorts of family units, with adults and children who identify as part of the LGBT+ community.
Parent and guardian members are dedicated to raising openminded, accepting, confident and loving children.
Members have proudly come together to fly the rainbow flag for the Coast in the Marid Gras parade for several years and were joined in this year’s parade by two new Central Coast floats, Coastal Twist and Jopuka Productions.
Aside from the unprecedented levels of Central Coast representation at in this year’s parade, the group’s float was also televised for the first time.
Group member, Jenny Moes, said: “Point Clare Families had an unreal night at Mardi Gras.
“We were float 150 and for the first time, our little grassroots float was televised and they had lovely things to say.
“Our wonderful contingent that joined the Central Coast Pride float as Coastie Families, had a great night too.”