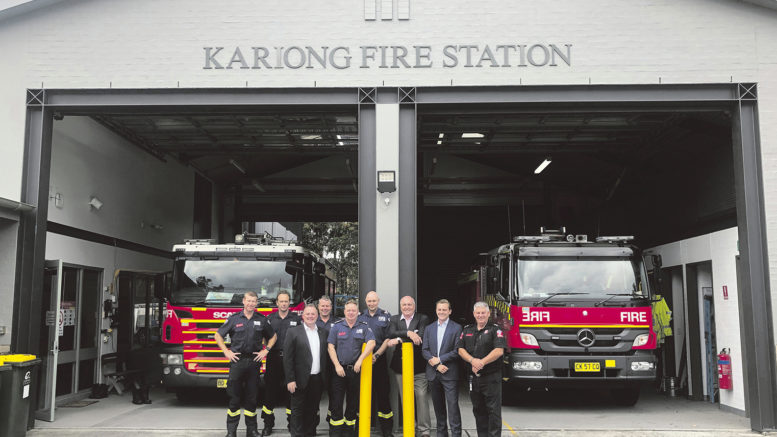 Minister for Emergency Services, David Elliott, Parliamentary Secretary for the Central Coast and Member for Terrigal, Adam Crouch, and Member of the Legislative Council, Taylor Martin, visited the upgraded fire station recently ahead of its public opening.

Crouch said the revamp would boost firefighters’ ability to respond to a wide range of emergencies.
“The upgraded facility will ensure local firefighters are trained, rested and ready to respond to emergency situations, whether it be a fire, accident or chemical spill,” he said.

“Kariong Fire Station is staffed by a mix of permanent and retained firefighters who are available 24/7 to protect the community during emergencies.” Elliott said the now operational facility would provide a state-of-the-art base for “the men and women who work hard to protect the local and surrounding communities”.

He thanked the firefighters for their ongoing commitment to the recent bushfire crisis. “Four strike teams from Kariong greatly assisted firefighting efforts at the Three Mile Fire throughout December last year,” he said.

“The conditions they faced were unprecedented and I, along with the rest of NSW, am extremely grateful for their dedication to protecting their local communities.”